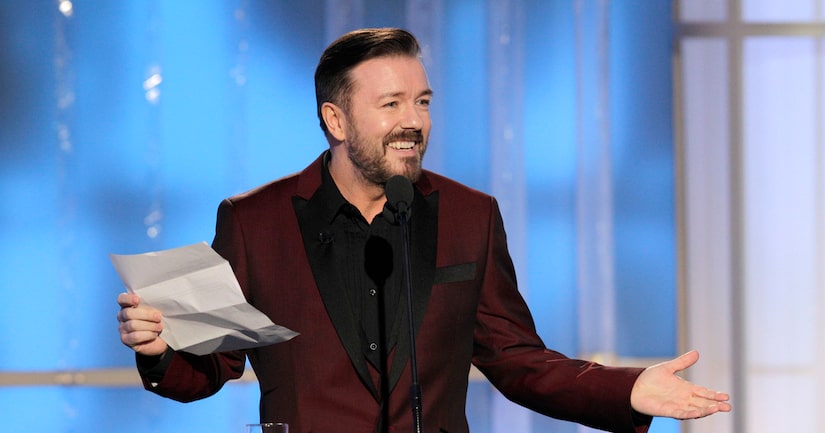 It has just been announced that Ricky Gervais is returning to host the Golden Globes next year.

Gervais is taking over for Tina Fey and Amy Poehler, who hosted the Globes from 2013-2015.

NBC President of Alternative and Late-Night Paul Telegdy wrote in a statement, "Tina and Amy are a hard act to follow but Ricky is completely fearless and entirely up for the job. He always did us proud. Welcome back, Ricky."

HFPA president Lorenzo Soria added, "Ricky Gervais left us with a lasting impression and we are thrilled to have him back in our show as we honor the best in film and television. His off-the-cuff wit and quirky charm will surely have the room and audiences around the world at the edge of their seats."

Last year, Gervais joked about hosting the show again at our H&M studios in NYC. He told "Extra's" AJ Calloway, "I will do it again... I'm gonna be drunk with no socks." Watch!