Check out Michael J. Fox and Christopher Lloyd having a "Back to the Future" reunion in a newly released commercial for Toyota!

In the clip, the former co-stars grab coffee together and talk about what the 1985 hit movie got right about life in 2015, such as the use of fax machines, 3-D movies, and fingerprint technology.

The commercial came out on the same day that Lloyd said he would consider doing another film in the franchise.

He told THR, "I would love to do Doc again, no question."

Though he would be happy to reprise his role, he understoods how hard it would be to make a sequel. He said, "It's tough to come up with an idea that contains the excitement of the original three," he added. "So it would be a real challenge for the writers to come up with an original 'Back to the Future' story that has the same passion and intensity and excitement as the other three. But it could be done… you never know." 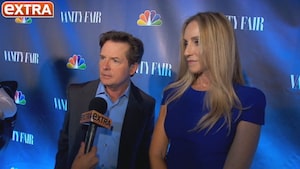 Video! At the NBC Fall TV Premiere Party with Michael J. Fox and Others 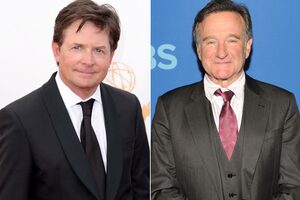 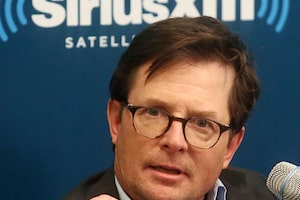