Only "Extra" was backstage with Oprah Winfrey last Friday after she was honored at Variety's Power of Women Luncheon presented by Lifetime for her work on The Oprah Winfrey Leadership Academy.

At the luncheon, Winfrey brought the house down with her emotional speech while being honored alongside Salma Hayek, Anna Kendrick, and Gwyneth Paltrow.

Oprah, who is known for referring to the children at her school as her daughters, revealed to "Extra's" Renee Bargh what she hopes to instill in them. She explained, "Once a year, I go back to my school in South Africa… I teach a course called Life 101, and what I teach them is you are responsible for your life, period, and there are certain laws in the universe that determine really whether or not you are successful or not successful and the biggest of those laws is what you put out is coming back to you all the time… I'm a teacher and a mother."

The media mogul also addressed reports that she was guest-starring on her good friend Lee Daniels' hit show "Empire" this season. "I don't know if that is going to happen this season because I am starting my own drama series for OWN, which I am acting in, so it makes it a little inconvenient to be able to go and do someone else's work when I'm starting on my own."

Check out "Extra's" exclusive interviews with some of Hollywood's powerful women backstage at the luncheon. 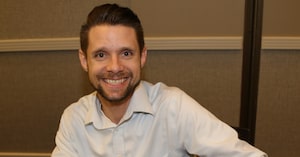 Former 'Who's the Boss? Child Actor Tells Oprah He Is HIV Positive