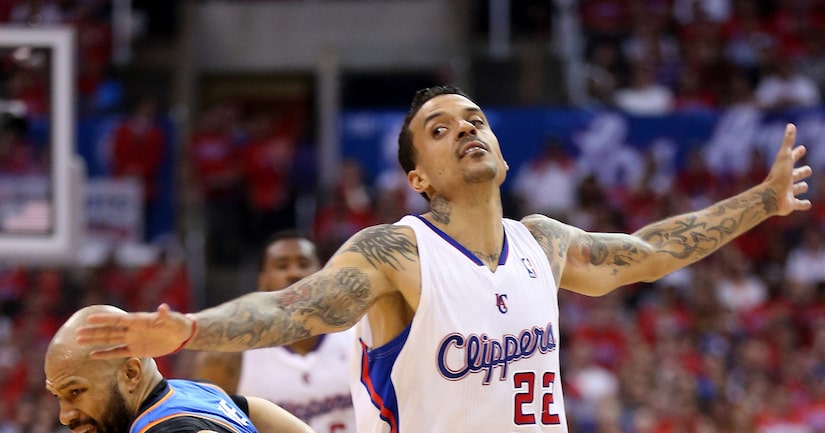 This past weekend, former Lakers teammates Matt Barnes and Derek Fisher were allegedly involved in an altercation over Matt's estranged wife Gloria Govan, one of the stars of "Basketball Wives."

Barnes reportedly drove close to 100 miles to the Los Angeles home that he once shared with Gloria, where he punched Fisher in the mouth after learning that his former friend and teammate was dating her, according to TMZ.

Matt was tipped off by his twin sons, Carter and Isaiah, who told him that Derek was at their home. An insider told NY Post, "Barnes went crazy. He got in his car and went to the house and went after Fisher. Matt then drove down there to beat the s--t out of him."

A source close to Fisher confirmed the fight, saying, "Matt came after Derek, but he only had a few scratches. Derek's not going to press charges; he's going to let it go."

The brawl came to an end after Matt's kids begged them to stop fighting. Though a police report was filed after the incident, Matt will not be charged with any crime.

Earlier this year, Derek filed for divorce from his wife Candace, just one month shy of their tenth anniversary. Derek and Gloria have been dating for a few months, following her separation from Matt in October of last year.

Check out Matt and Gloria chatting with "Extra's" Terri Seymour at their final appearance together at the 2014 Kids' Choice Awards, where they were joined by their twin boys.