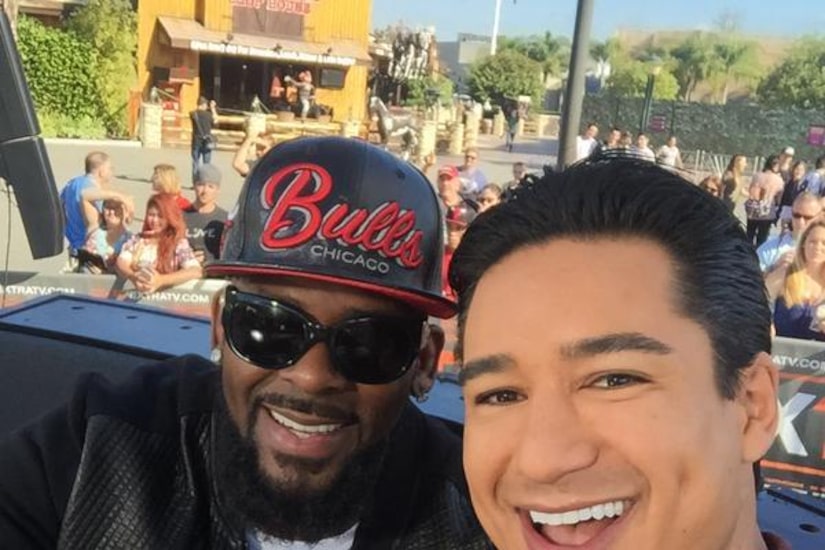 R&B legend R. Kelly sat down with "Extra's" Mario Lopez at Universal Studios Hollywood, where he discussed rumors that he was singing at Iggy Azalea and Nick Young's future wedding.

When asked if he was singing a specific song, Kelly responded, ”It's a check, man. You know, it's business; if you want me to sing that song, no problem."

He also reflected on his debut album "12 Play," which is one of Mario's favorites. "Well, it had an impact on my life, too, you know. I got three kids off of that album."

Kelly also chatted about how times have changed since the album was released in 1993, saying, "The world as I've seen it is not the same anymore ever since the '90s, and that's where I was goin', musically. There's a lot of babies out there off of R. Kelly."

The 48-year-old has been busy promoting his 14th studio album, "Buffet," which drops November 20. For the album, he wrote a whopping 467 songs, explaining, "The album is still being mixed, and you know, while it's being mixed, I'll be in there trying to see if I get one last hit off… and put it on the album."

Kelly added about the album, "I've got three generations of fans right now, so I wanted to put all of that music in there and set aside something for everybody."