Former 'N Sync member Lance Bass opened up on "The Meredith Vieira Show" about being sexually harassed by someone he worked with as a teen.

Lance, Meredith, and other co-panelists were discussing Ashley Judd's recent claim that she was sexually harassed, when Bass volunteered, "It happens to men, too. It's a two-way street. It had happened to me when I was 16 or 17 years old. When we started, there was someone that we worked with that was inappropriately touching us. I wasn't even aware then, at 16, that this guy was a pedophile and he was touching me. Oddly, I didm't feel victimized at the time because I was very aware of it but it happened to us, too."

Bass said he never reported it, adding, "I mean, with the guys, we would talk about it, we would kind of joke about it, but it's not a joking thing — but as a kid, it was just odd. I am glad that we were aware of it and we didn't feel victimized at the time."

While the singer did not name the perpetrator, he has spoken out in the past about the odd behavior of 'N Sync's former manager Lou Pearlman.

Bass once told The Hollywood Reporter, "He'd always grab our arms and feel our muscles and go: 'Hey, boys, you workin' out? Yeahhhh!'" At the time, he said he didn't believe Pearlman was crossing the line.

Pearlman, who managed several boy bands in the 1990s, was the subject of a 2007 Vanity Fair exposé that quoted sources accusing him of inappropriate behavior. He has never been charged with a sex crime, but has so far served eight years of a 25-year sentence for conspiracy, money laundering, and making false statements during a bankruptcy proceeding. 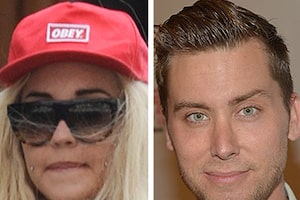 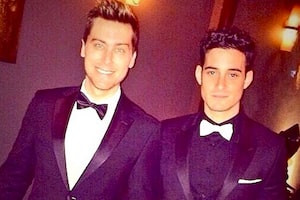