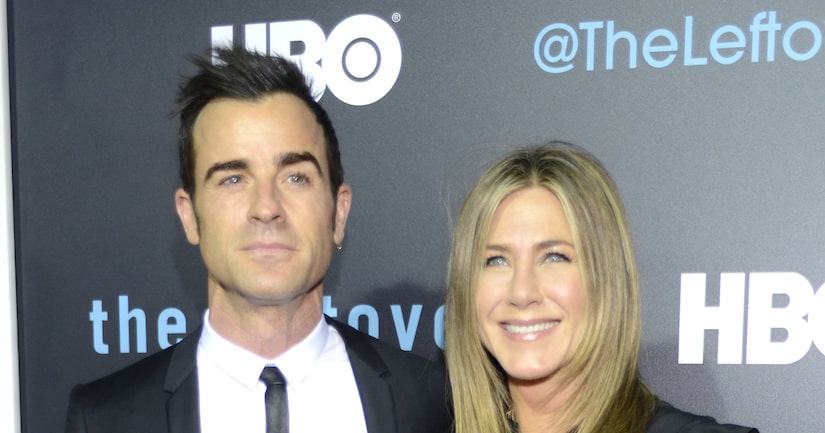 Over the weekend, Justin Theroux took out wife Jennifer Aniston on a date night to the Season 2 premiere of his HBO show "The Leftovers" in Austin, Texas.

Theroux teased the second season to "Extra," saying, "It's unique and it explores different themes. This season in particular, it explores these very interesting religious themes. There's a lighter side to a lot of things that are happening, too."

The 44-year-old reveals his lighter side in the screenplay for "Zoolander 2," which he wrote. Of that sequel, he said, "It's gonna be an incredible movie. It's bigger, I hope, and I think as funny, and it has such an amazing, stellar cast."

Justin and Jennifer, who have been married for two months, have been spending time apart while he shoots the show. About their long-distance relationship, he says, "It's horrible being apart from your spouse. She's been here a bunch of times and visited, I sneak back when I can go see her — we make it work."

The couple are staying close with the help of technology. He said they rely on FaceTime, plus they call and text, "but when you're on set, the hours are so long, so you're really waiting for the weekend where you can depressurize and have longer conversations."

"The Leftovers" airs on Sundays on HBO. Justin Theroux Opens Up About HBO Hit Show 'The Leftovers' 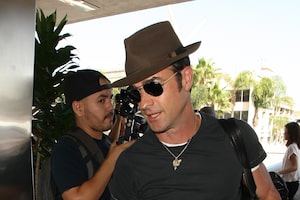 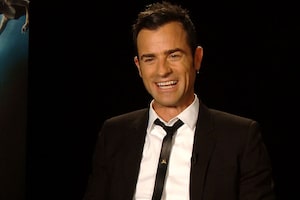 Justin Theroux on ‘Leftovers’: ‘You Can Take the Crazy Person Out of Mapleton…’