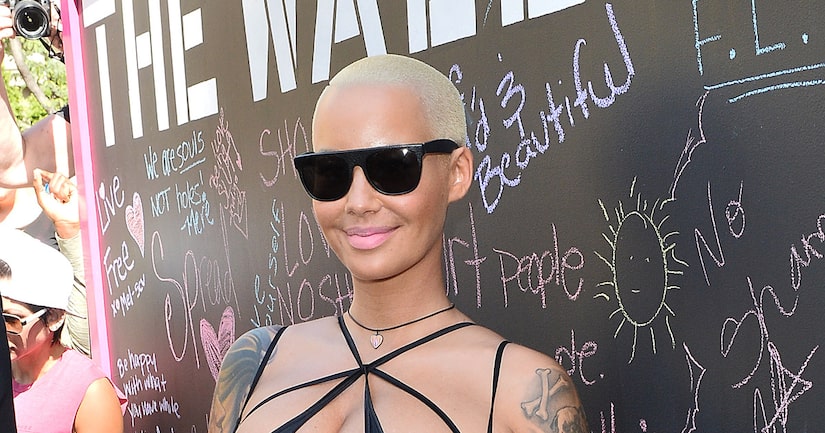 Amber Rose made the scene at her so-called SlutWalk — organized to fight slut-shaming — wearing lacy lingerie, dark sunglasses... and very little else!

The sex symbol took great offense to ex-boyfriend Kanye West's remarks in February that he had to "take 30 showers" after having been with Amber before Kim Kardashian would take him. To combat attitudes like that, she conceived the SlutWalk to spread the message that women who are in touch with their sexualities should not be denigrated. 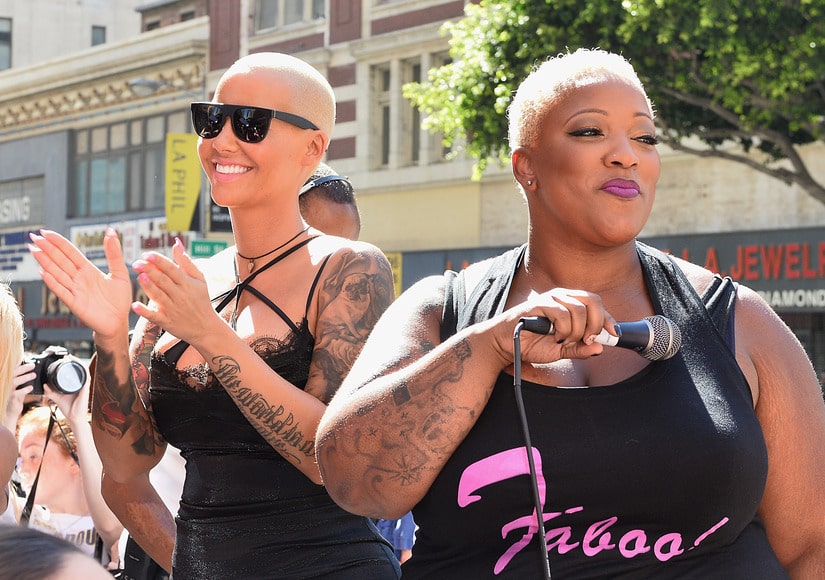 ﻿
Frenchie Davis, disqualified from American Idol for posing for racy photos and later seen on The Voice, showed up to support Amber's cause. [Photo credit: Splash News] 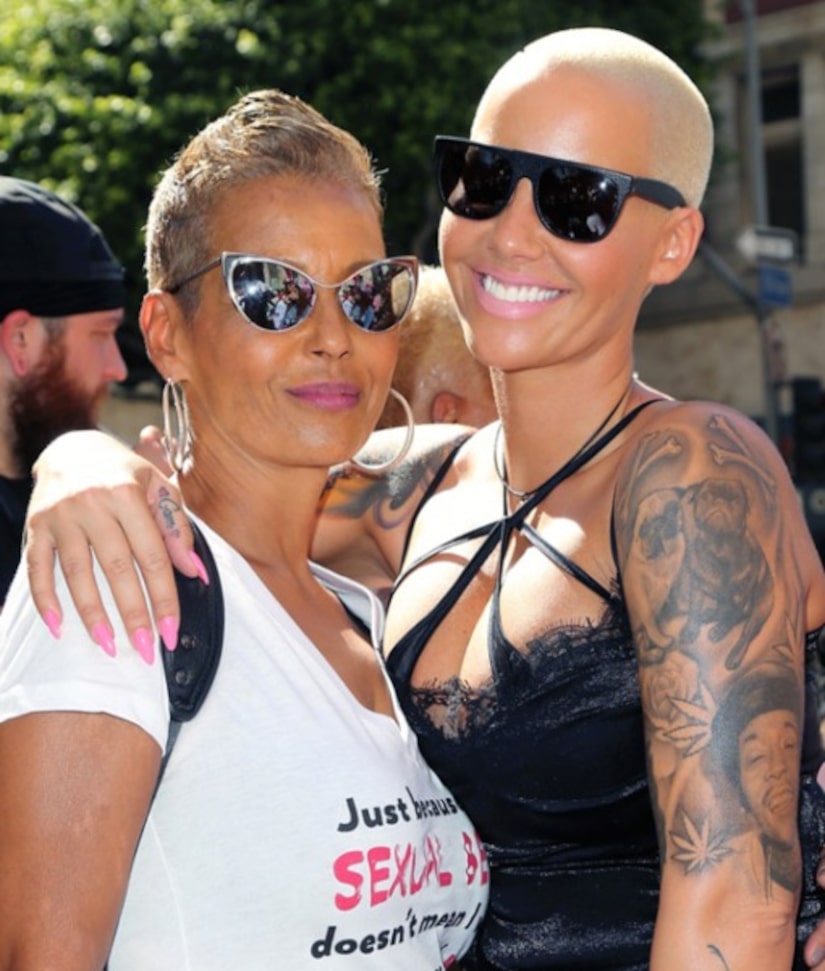 What would Amber Rose's mother think of all this? You can ask her — she was there. In fact, Amber's mom held a sign directed squarely at Kanye: "F--- yo 30 showers." 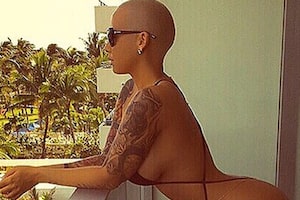 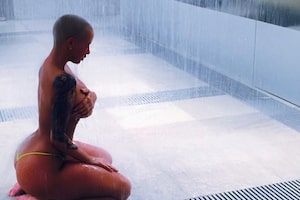 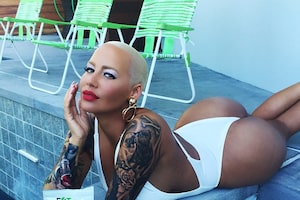