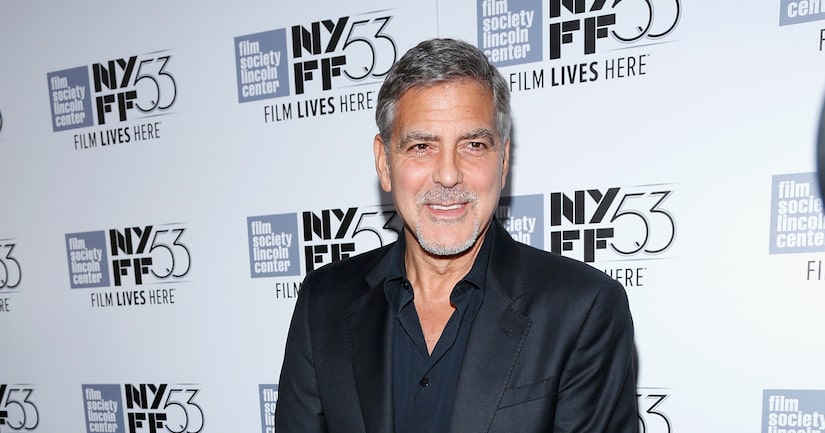 Tuesday night, "Extra's" AJ Calloway caught up with George Clooney at the 15th anniversary screening of "O Brother, Where Art Thou?" at the New York Film Festival, where he opened up about his first wedding anniversary to wife Amal.

George, who brought Amal as his date, shared, "We had our first-year anniversary two nights ago. I had to start off by [attending] a Jerry Weintraub event, you know, memorial, and then afterwards she and I got to sneak out and have a dinner." 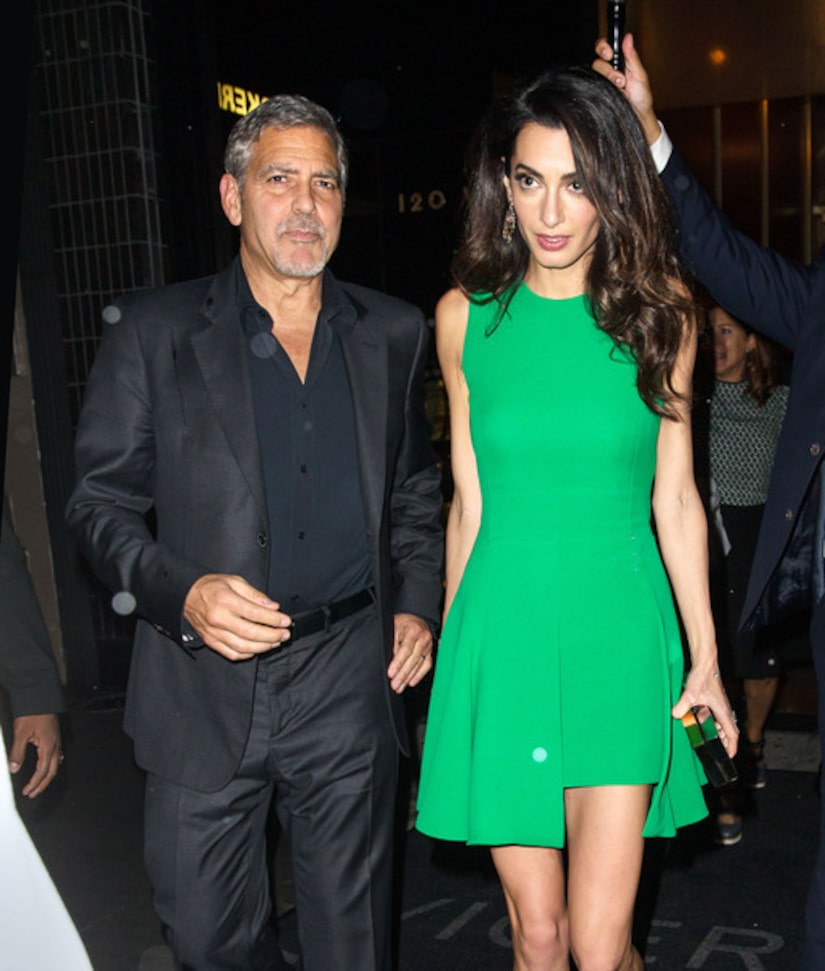 [Credit: SplashNews]
The couple reportedly grabbed a sushi dinner at his favorite spot, Asanebo in Studio City. AJ commented, "That was it, just a little dinner?" George replied, "Well, you know, what are you gonna do, shoot off fireworks? You know, sometimes you just go to dinner, you know… This is the paper anniversary you don't want to go too crazy on the first, you know, you've got a lot more to do."

Switching gears, George also chatted about the crazy time that he ended up in bed with Cindy Crawford, who is the wife of his Casamigos business partner Rande Gerber. He joked, "You know she can't, she can't help herself. No, it was one of the funnier, like, drunken nights out at their house where we, we, you know, had a couple of drinks and then couldn't go home and went to sleep and she thought I was Rande 'cause he was sleeping in the other room 'cause the kids were in their bed, and she didn't want to wake them up, and she thought I was Rande and I was wearing my boots and my jeans — that's how drunk I was, I think — and she hopped in bed. That was pretty funny."

Clooney also reminisced about filming "O Brother, Where Art Thou?" He said, "We had so much fun making it, and it was so much fun to see these guys... a lot of them I hadn't seen in a long, long time, and, you know, Joel and Ethan [Coen] and I have done three other films since then. It's just good fun. They're good friends and we love the film." 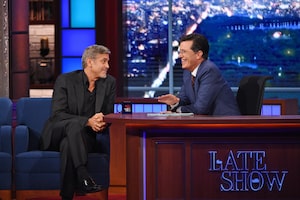 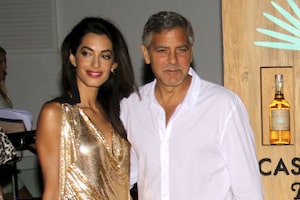