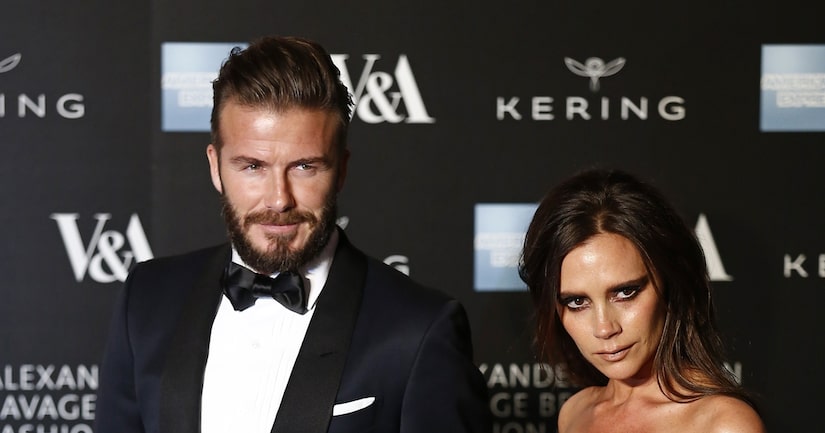 "Extra's" AJ Calloway caught up with David Beckham at the restaurant Gemma at the Bowery Hotel while he promoted his H&M Modern Essentials clothing line.

Beckham recently took part in a photo shoot for the line with Kevin Hart. Of Kevin, he gushed, "He's just so funny and he's just such a great character."

While David is a fan of Kevin's comedic chops, Kevin shows his admiration for David by wearing his gear. David shared, "He actually did [wear it] from time to time."

Beckham described his personal style as "black jeans, black t-shirt and a pair of boots.”

The 40-year-old is modeling his own line, but his son Brooklyn is also following in his modeling footsteps.

When asked which Beckham is hotter, him or Brooklyn, David responded, "Him without a doubt. Have you seen him? He's got the best hair ever."

Brooklyn is already catching the eye of one special woman. David revealed, "He has a really sweet girlfriend.”

Beckham's 37 tattoos are also inspiring Brooklyn to continue the tradition, but he may have to go against mom Victoria's wishes. David shared, "Mom definitely steps in. She's like, 'Don't be silly.'"

Though Victoria is the "strictest in the house," David absolutely adores her. He gushed, "I'm proud of her because she works so hard. She's so dedicated; she deserves the success."

Another female who captures David's heart is his daughter Harper. He said, "I said no to her once and her lip just hit the floor and I was like, 'Never again.'" 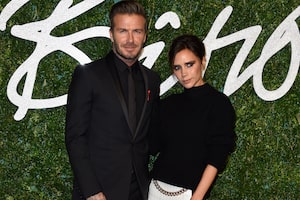 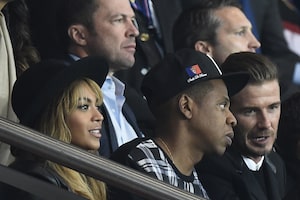 Beyoncé, Jay-Z and David Beckham attended the football match between Paris Saint-Germain and Barcelona in Paris. 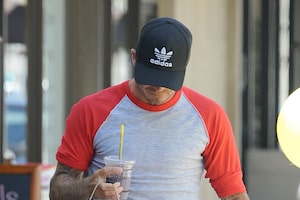