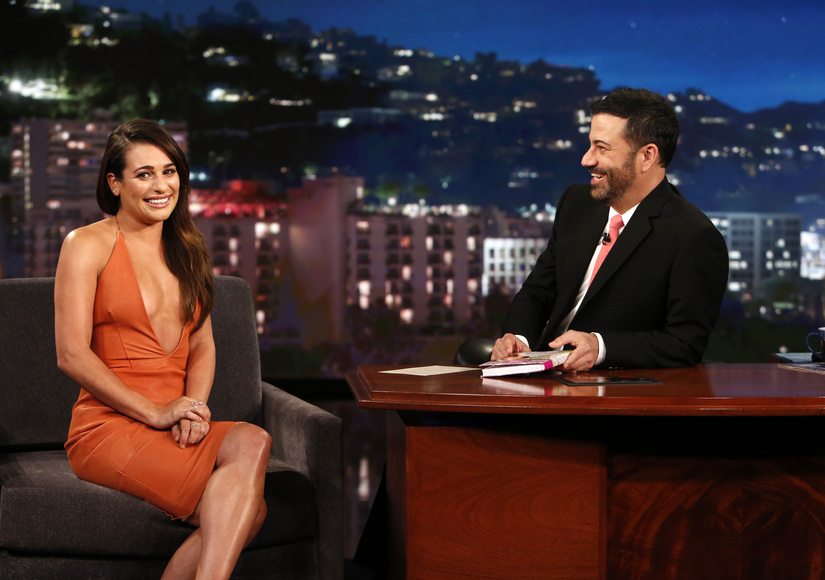 ABC
Tuesday night, Lea Michele's plunging orange dress was a distraction for Jimmy Kimmel, who said "this is going to require some concentration on my part." 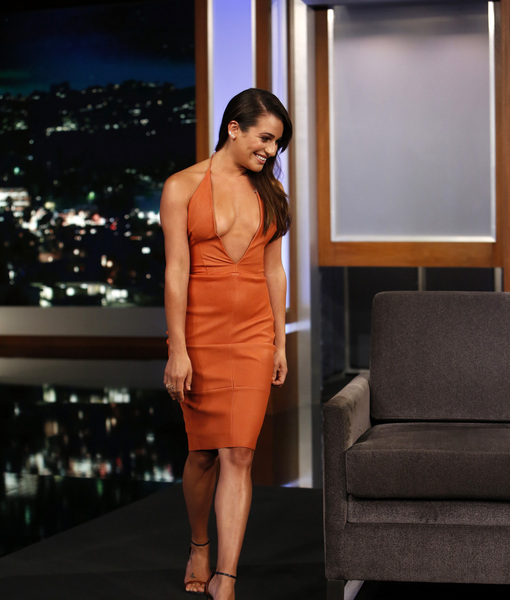 [Credit: ABC]
She explained why she took the role in the Ryan Murphy-created show. "When he called me and said, 'I have this new show called,' actually he didn't even tell me the name. He just said, 'Jamie Lee Curtis, Emma Roberts, neck brace. Are you in?' And I'm like, 'I'm in!'"

Emma and Lea are definitely becoming close off set; they even chatted via text on Emmys night. Michele complimented Roberts on her Emmys dress and got a response immediately after Emma walked off stage. 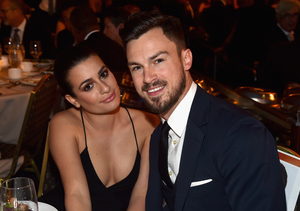 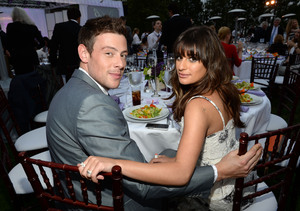 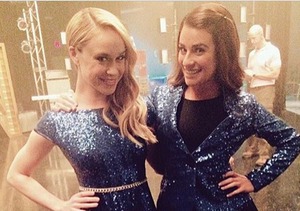