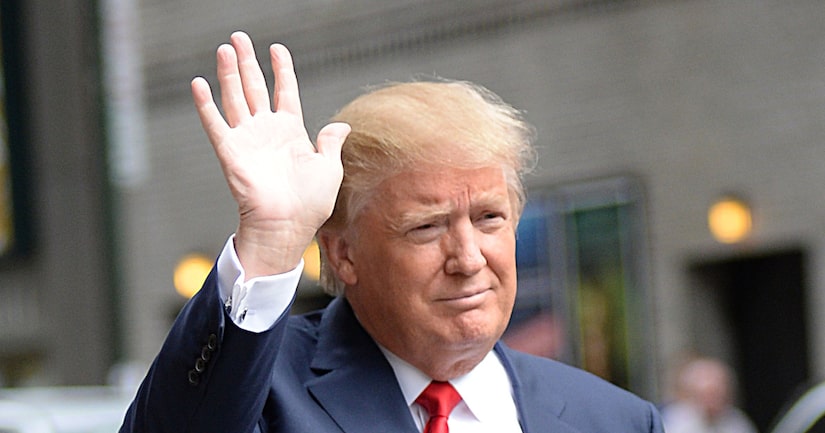 "Extra's" AJ Calloway had a quick chat with Republican presidential candidate Donald Trump as Trump headed into the "The Late Show With Stephen Colbert" in NYC today.

The always outspoken Trump exited his limo, waving to the crowds and giving them two thumbs-up, telling AJ he actually enjoyed all the jabs that were made regarding his campaign by stars at the Emmys, "They were really hitting me hard, but I thought it was great — it was really wonderful." Trump also says he loves how he is doing in the polls following last week's CNN debate. "Polls are coming out now that are through the roof, so I'm happy about that."

Trump is pushing ahead on his quest for the White House. "Going to South Carolina tomorrow, I'm going to Iowa, going to New Hampshire — I'm all over the place."

He also admitted he hasn't thought of a running mate, joking to AJ, "Maybe you!"