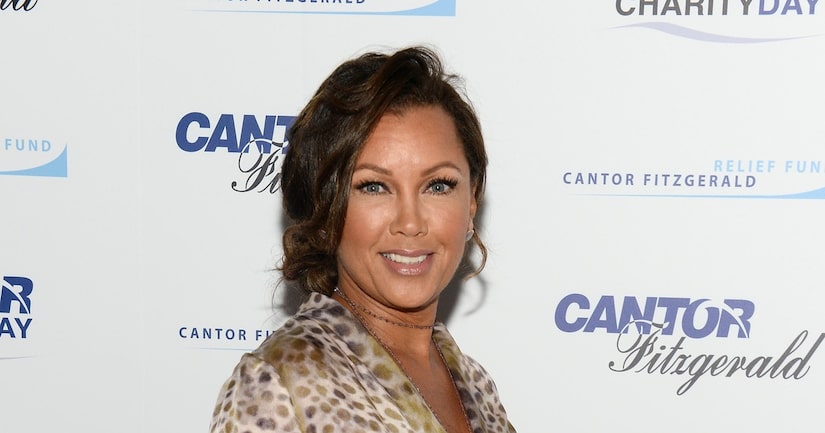 Vanessa Williams is definitely headed to the Miss America Pageant this weekend.

Several stories popped up this week claiming the beauty queen and the organization are still at odds over her 1980s nude photo scandal... even though Williams agreed to be a judge on the show this Sunday.

“Extra's” AJ Calloway caught up with Williams in NYC and asked her if the judging gig is still on. She replied, “Is it still going on? I guess! I leave tomorrow, let's hope it's going on!”

The annual event, which coincides with 9/11, is a “somber day” for Vanessa.

She explained, “Especially as a New Yorker, you turn on the news and you're just reminded where you were exactly that day, you know, 14 years ago. So the fact that such amazing fun can come out of all the proceeds today, go in to the charity, and all that goodness comes out of such tragedy and horrific loss. So it makes you feel good on such a tremendously awful day.”

“I just dropped my kids off at the bus stop. I walked up and got on the treadmill. I had my 1-year-old at the time. I turned on -- I think it was either 'Blues Clues' -- and the TV went out. And I said, 'Huh? What's going on?' I couldn't get any channels except CNN and CBS because CBS's Tower was not on top of the World Trade Center, and then I watched it unfold live all day, and it just worse and worse and worse, and my kids got out early from school and then it just got more horrific. It's a nightmare.”