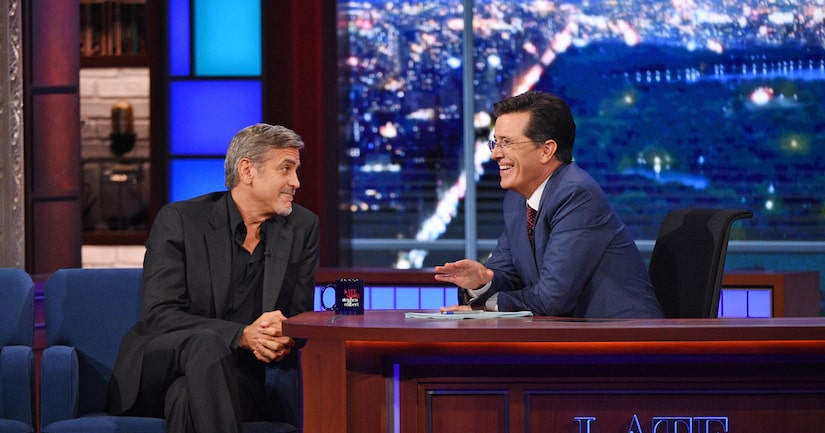 George Clooney opened up about married life with Amal Alamuddin while chatting with Stephen Colbert on the premiere of “Late Show.”

When Stephen congratulated George on their upcoming one-year wedding anniversary, he responded, "They said it wouldn't last."

Colbert also asked how George felt about the relationship, saying, "What is it like to be the arm candy in a relationship, because she's the very serious person? She must say like, 'We're going to meet extremely intelligent people tonight -- these are not show folk.”

Clooney answered the question by saying, "Just be shiny and pretty. That's mostly what I do.”