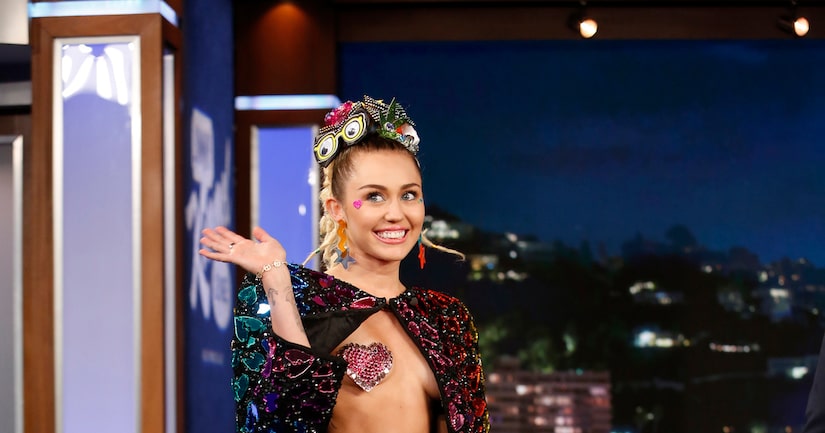 On Wednesday night, Miley Cyrus made Jimmy Kimmel blush while making an appearance on his show, "Jimmy Kimmel Live."

Jimmy told Miley, who wore flashy pasties, "You are almost naked. Where do you get an outfit like this?"... I'm still a little bit flustered by your outfit."

Miley's ensemble sparked a conversation about nudity. She said, "Humans aren't afraid of the human breast. It's the nipple that's the issue… I'm showing my boobs and no one has a problem because the nipples are covered, so somehow that's okay. America's actually fine with tits. It's nipples they don't like — which is what you have. Which is insane, because the nipple, you can't show, everyone has — but the jug part that everyone doesn't, you're allowed to show under-boob."

Earlier in the day, Miley rocked bunny ears while heading to a taping to promote her hosting duties at the 2015 MTV VMAs, airing Sunday. 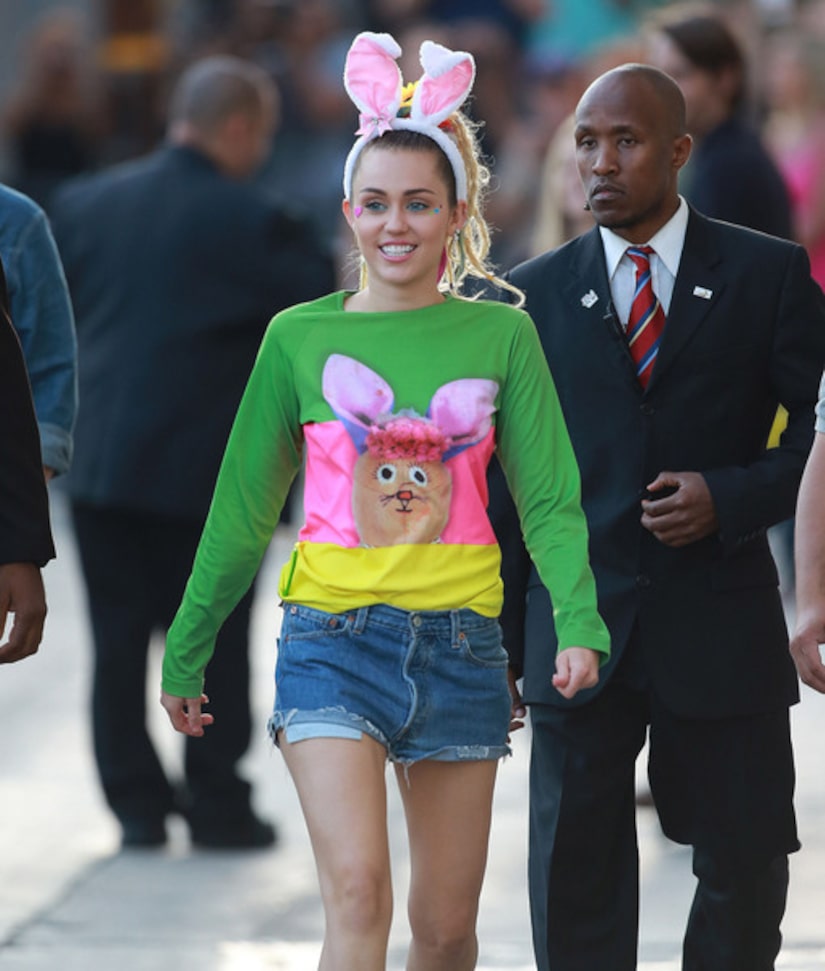