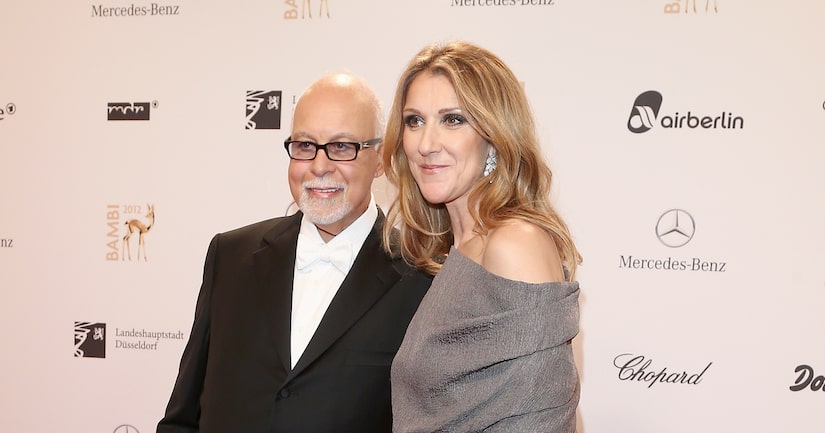 Celine Dion is speaking out about husband René Angélil's battle with throat cancer in a candid new interview with USA Today.

She told the paper that her husband of two decades is battling for his life, and is now, after a series of procedures in Boston, living at their home in Las Vegas. He has been on a feeding tube for two years.

"We have asked (doctors) many times, how long does he have, three weeks, three months? René wants to know," she explained. "But they say they don't know."

Dion revealed that the journey has been an emotional one, and that she has dutifully taken notes on his wishes for a funeral.

While she tries to stay strong, sometimes Angélil "needs something more sensitive than that, more than just positivity. Sometimes he just wants me to enter into a different place with him."

The Grammy winner continued, "I'll say, 'You're scared? I understand. Talk to me about it.'" She pauses. "And René says to me, 'I want to die in your arms.' Okay, fine, I'll be there, you'll die in my arms."

Celine said it has been tough on their son René-Charles, 14, but twins Nelson and Eddy, 4, “don't know their father in any other state.”

Now, she's returning to the Caesars Palace stage on Thursday for René after a year-long hiatus. “He wants me to do this, do the show, do the interviews. But he freaks when I'm not home with him, too."

"I didn't want to be here at first, I don't need it,” Dion said. “Don't get me wrong, I love singing for people, but I have priorities.”

She later added, "That first show, it will be fragile," she says, dabbing at her eyes. "There will be moments. Of emptiness, laughter, awkwardness, tearing up. But that's the point of coming back — otherwise, I just release an album."

"You can have your shaking knees at the end, but when someone you love falls and needs help, it's not time to cry," she said. "Afterwards, sure. But not yet.”