"Glee" actress Heather Morris and husband Taylor Hubbell are having another baby!

Heather posted a pic of her growing baby bump and wrote on Instagram, "😍😍😘 #thegrowinghubbells."

After hearing the news, Heather's expectant co-star Naya Rivera took to Twitter to congratulate her. She tweeted, "SO exciting! Congrats @HeatherMorrisTV #thegrowinghubbells.”

The news comes just months after Heather and Taylor's wedding, which took place in May.

The two, who have been sweethearts since high school, are also parents to son Elijah, who was born in September 2013.

In other news, Heather will begin filming horror short "The Cleansing Hour," which centers on a webcast that streams exorcisms live, starting November. The project is currently raising money with the help of Kickstarter. 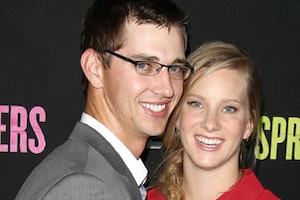 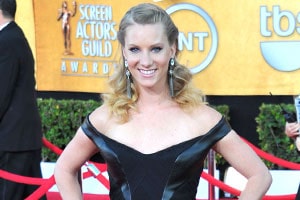 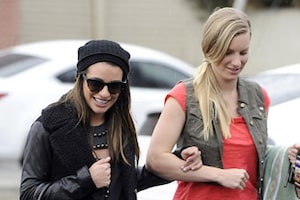 Lea Michele was spotted out with "Glee" co-star Heather Morris on a rainy day in L.A.