Michael Sam, the first openly gay player drafted in the NFL, announced Friday that he has left his current team, the CFL's Montreal Alouettes, leaving his future in the game uncertain.

Sam tweeted, "The last 12 months have been very difficult for me, to the point where I became concerned with my mental health. Because of this I am going to step away from the game at this time. I thank the Alouettes for this opportunity and hope to be back on the field soon. Thank you all for your understanding and support."

Sam had previously left the team in June for personal reasons, and had been dropped by the St. Louis Rams following his high-profile signing.

In February and March, Sam appeared on "Dancing with the Stars" with partner Peta Murgatroyd. In July, he announced he and his fiancé, Vito Cammisano, had split. 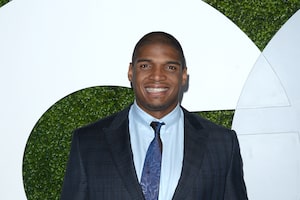 What Michael Sam Thinks About His 'Dancing with the Stars' Chances 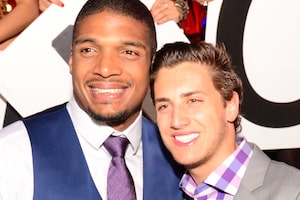