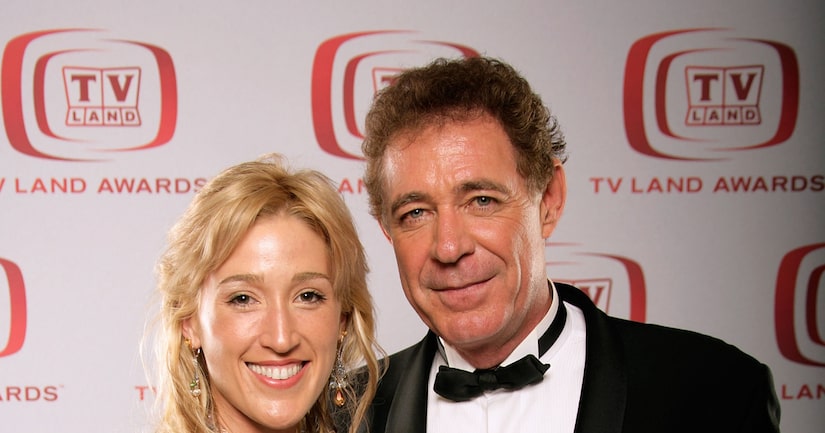 Elizabeth Kennedy sat down with "Extra" to discuss her poor relationship with Barry Williams, who is also the father of her three-year-old daughter Samantha.

Things were quite different when Elizabeth and Barry met in 2006. She recalled, “We had a really beautiful romance when things were good and things were good for the majority of the time we were together. When we split in March of 2013, a different side of him emerged.”

Barry reportedly made statements saying he believed Elizabeth got pregnant on purpose. She said about the claims, "That's an interesting theory, but no, I mean I don't think that any woman actually thinks that that plan works and that's not what happened.”

Elizabeth's pregnancy was much more costly than a typical one, since Samantha was born pre-maturely. She was faced with a million dollars in medical bills after the birth. “Since I'm the one that was listed as the guarantor and I'm the one that signed on the dotted line, it's my debt.”

The debt eventually caused Elizabeth and Samantha to become homeless and broke. As a result, she turned to the courts last year. “Barry made sure that we were evicted and it was two weeks before Christmas.”

Barry is currently spending most of his time in Missouri, where he is working on his reality show "A Very Barry Branson." Elizabeth doesn't believe that is a good excuse for not seeing Samantha. “I don't care what show he's doing out there. I don't think that there's any project in the world that would be worth missing out on the first three years of Sammi's life.”

Not only is the "Brady Bunch" star missing out on Samantha's life, Elizabeth is claiming that he is not lending a helping hand to support Sammi either. “He has spent the last several years working with his estate planner and tax attorneys and his family law attorneys on how to restructure, re-allocate, redistribute, rename various assets so that they're not included in the configuration of a child support award. There's you know quite a few different avenues that he has in which to creatively channel money so that it looks like none of it's his.”

“He's not making good choices when it comes to Samantha and I really feel like at some point he's gonna have to answer to her for that," Elizabeth added about Williams' choice not to see Sammi more than twice this year.

Williams has not responded to this story, but he has previously claimed that he is worth only $700,000 and has not abandoned Samantha.

A hearing is scheduled for today regarding their ongoing child support battle. Elizabeth is hoping the judge will side with her and force Barry to do more for their daughter with a formal child support order. “I want him just to come forward and do the right thing and make the right choices that are gonna do right by Samantha.”