Prince Harry is hanging with a whole new kind of crowd — baby rhinos in Africa!

Harry posed with the young rhinos, showing off his newly added facial hair in a bunch photos posted on the royal family’s official Twitter account.

Throughout the summer, Harry has been working with several conservation projects throughout Africa. Just this week, he was spending time at the Khulula Care for Wild, working with infant and orphaned rhinos.

Jonathan Baillie, Director of Conservation Programmes at the Zoological Society of London, commented on Harry’s influence, “After this period, Prince Harry will be one of the best-informed ambassadors for the conservation community on what is really happening on the ground in Africa. His experience will be of great value.” 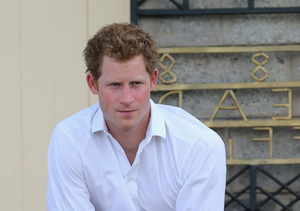 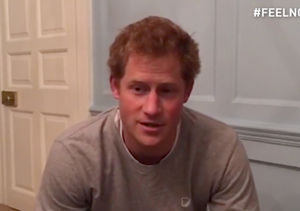 A Look at Early Voting and Whether It Is Working

A Word About President Trump’s ‘Manterrupting’ During ‘60 Minutes’…

Jamie Foxx’s Sister DeOndra Dixon Dead at 36: ‘My Heart Is… 3