Katherine showed off her new hair in a close-up Instagram pic and wrote, "Went platinum for my new movie role... still getting used to it. The good news is @joshbkelley is vibing it...;)."

Heigl did not specify which project she was working on, but we definitely know it's not for "Grey's Anatomy."

"Grey's" creator Shonda Rhimes shut down rumors of any possibility of Katherine returning to the show on the 12th season, saying at the TCA press tour last week, "No. I'm done with that story. I've turned that idea over in my mind a thousand times and thought about how it would go, and I don't think so.” 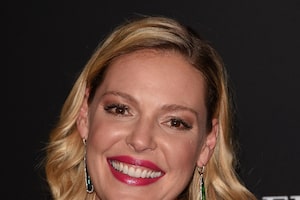