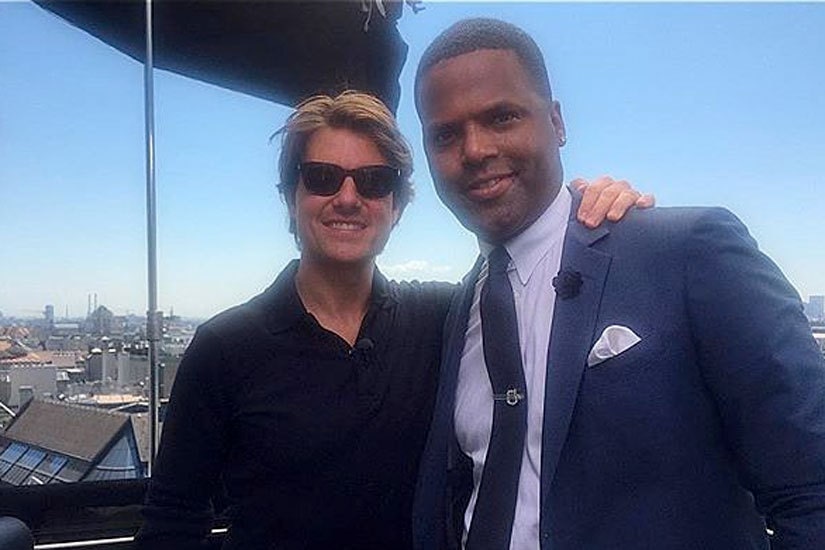 Tom Cruise sat down with "Extra's” AJ Calloway to chat about the next installment in the “Mission Impossible” franchise, “Mission: Impossible Rogue Nation” on Wednesday in Vienna.

The 53-year-old actor, known for his doing his own stunts, took on a death-defying stunt, in which he is seen hanging from an Airbus A400 that is taking off at hundreds of miles per hour. Tom chose not to tell his loved ones about the dangerous stunt, saying, “I did not tell my family, I did not tell anyone."

He instead decided to show to his mom some footage of the stunt while on a recent trip to San Francisco. “I showed her, we had some cut footage, and I showed her that, and she was like, she's had it her whole life with me. My mother's southern, and she's like, oh my Lord… oh Lordy, oh, oh sweet Jesus… oh sweet Jesus! Tom is that, honey... honey... is that you? Is that you? Oh my Lord... I'm so glad you didn't tell me about this one.”

Even Tom had second thoughts about the "intense" stunt, which took eight takes. “There was a moment I was going down the runway… I was like, maybe this wasn't such a good idea. There were so many things that could potentially go wrong.” 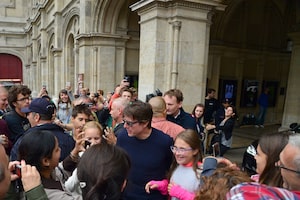 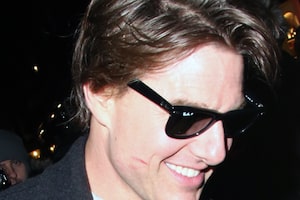 Tom Cruise Spotted with Ex-GF at Scott's Restaurant in London