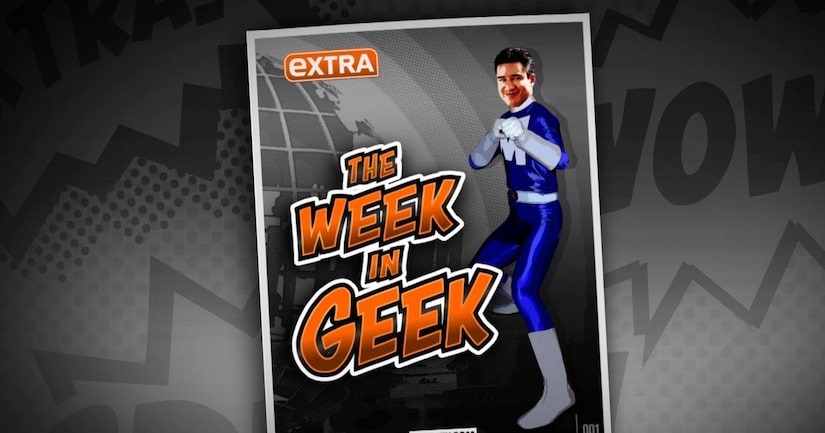 It's been a big week for geeks with all of the exciting news out of Comic-Con, which took place in San Diego last weekend and featured panels and exclusive content from the biggest upcoming superhero blockbusters, including "Batman v. Superman: Dawn of Justice," "X-Men: Apocalypse" and "Fantastic 4."

"Extra" is breaking down all of the above movie news in our segment, "The Week in Geek," along with a look at why next season of the CW series "Arrow" will be a game changer, and whether "Harry Potter" star Daniel Radcliffe plans to make a cameo in the spinoff movie, "Fantastic Beasts and Where to Find Them."

Couldn't make it down to San Diego to take part in all of the Comic-Con craziness? Well, no need to worry, the cast of Marvel's ABC show "Agents of S.H.I.E.L.D." strapped some GoPro cameras to their bodies and shot a bunch of POV video from the weekend. Watch!