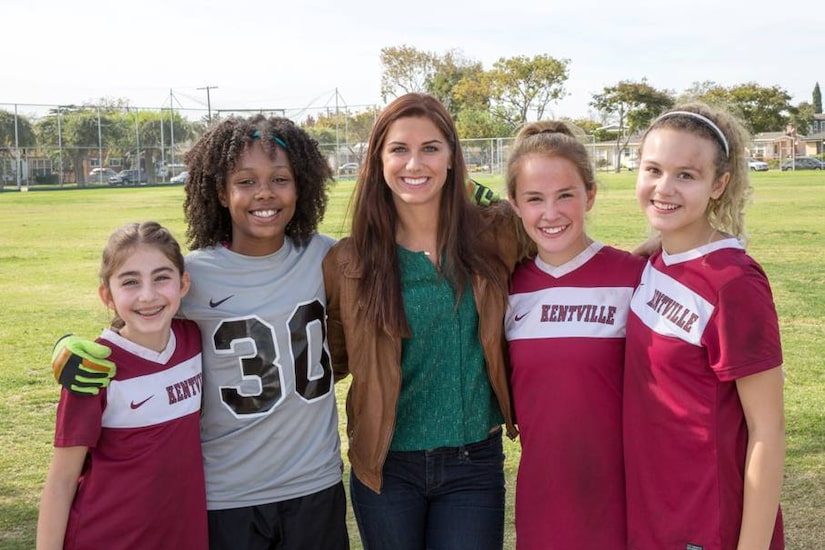 After helping the US Women's Soccer Team win the 2015 World Cup, star forward Alex Morgan is bringing her soccer and writing skills to Hollywood in the form of a new TV pilot, “The Kicks.”

Based on her series of bestselling books, “The Kicks” follows Devin Burke, a soccer obsessed 12-year-old who moves to a new city and finds herself on a losing team.

The pilot episode is currently airing on Amazon as part of their “Pilot Season,” where viewers decide which show is ordered into a series. You can help Morgan win this competition by clicking here to watch “The Kicks." After viewing the entire episode, choose a rating and leave a comment to cast your vote.