Nick Jonas joined “Extra's” Mario Lopez at Universal Studios Hollywood, where the 22-year-old singer opened up about his split from former Miss Universe Olivia Culpo. His ex took to Twitter to post inspirational messages after the news broke of their two-year relationship ending, Nick told Mario it has been tough.

“She's an amazing person,” Nick said. “We had a great, beautiful few years together, but it's been a crazy couple months and I wish the best to her for the future, but it's tough.”

Jonas has been staying busy with his music and acting career, hitting the road for his “Live in Concert Tour” this fall. “[I'm] just going to celebrate with my fans, it's been a great year and we'll have a good time and bring a great show to each city.”

“It's crazy, just the cast first off all is incredible, then Ryan Murphy and the vision for the show,” said Jonas. “It's got the comedy of 'Glee' but also some of the darker stuff of 'American Horror Story.' My character, I can't say too much, because Ryan really likes to keep it all tight-lipped, but I play a fraternity guy, it's very funny.”

Jonas is also staying in shape for his role in Direct TV's MMA drama, “Kingdom,” which he is currently shooting its second season, and giving Jonas an appreciation for the art of fighting.

He explained his workout routine: “Basically circuit training, burning calorie and high rep, it's not my favorite, I'll say that, but it's part of the job.”

Nick also took time out of his busy schedule to educate people about diabetes. He was diagnosed with Type 1 when he was 13.

“I'm in the best health I've been in so that's good, I'm feeling good and doing all I can to speak out about it,” said Nick.

Nick explained how he is using cutting-edge technology to monitor the disease. “I use Dexcom CGM. It's as simple as I look at my phone and I know what my numbers are gonna be.” 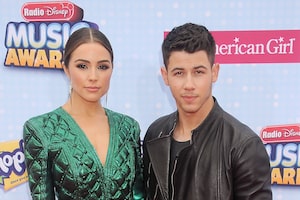 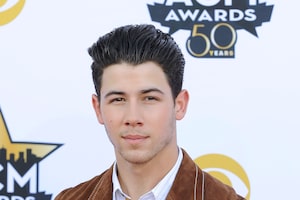 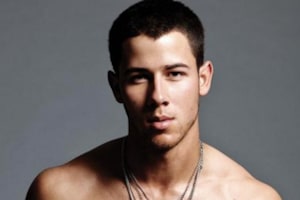