Jennifer Lawrence had a wild and crazy night with… chopsticks! 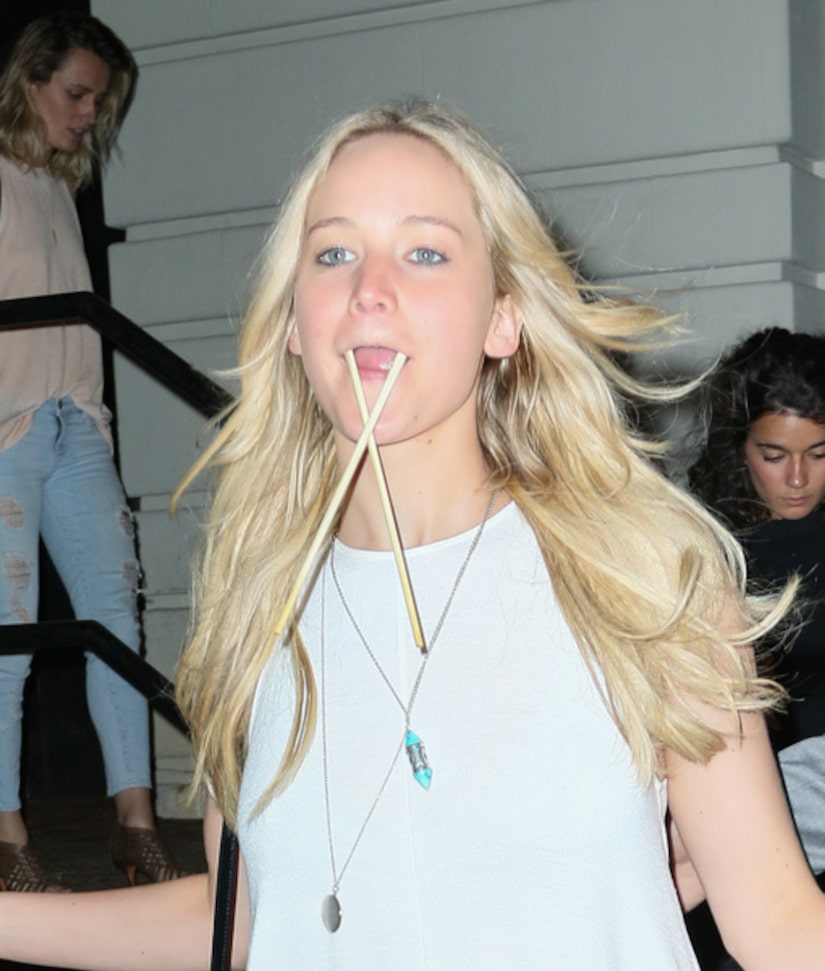 The 24-year-old “Hunger Games” star was photographed exiting the trendy sushi hotspot Nobu Wednesday night in New York, and sticking chopsticks in her mouth. She then made silly faces for the paparazzi.

The actress had her sexy male bodyguard by her side as she sashayed down the street. Lawrence sizzled in a white dress and black wedges. 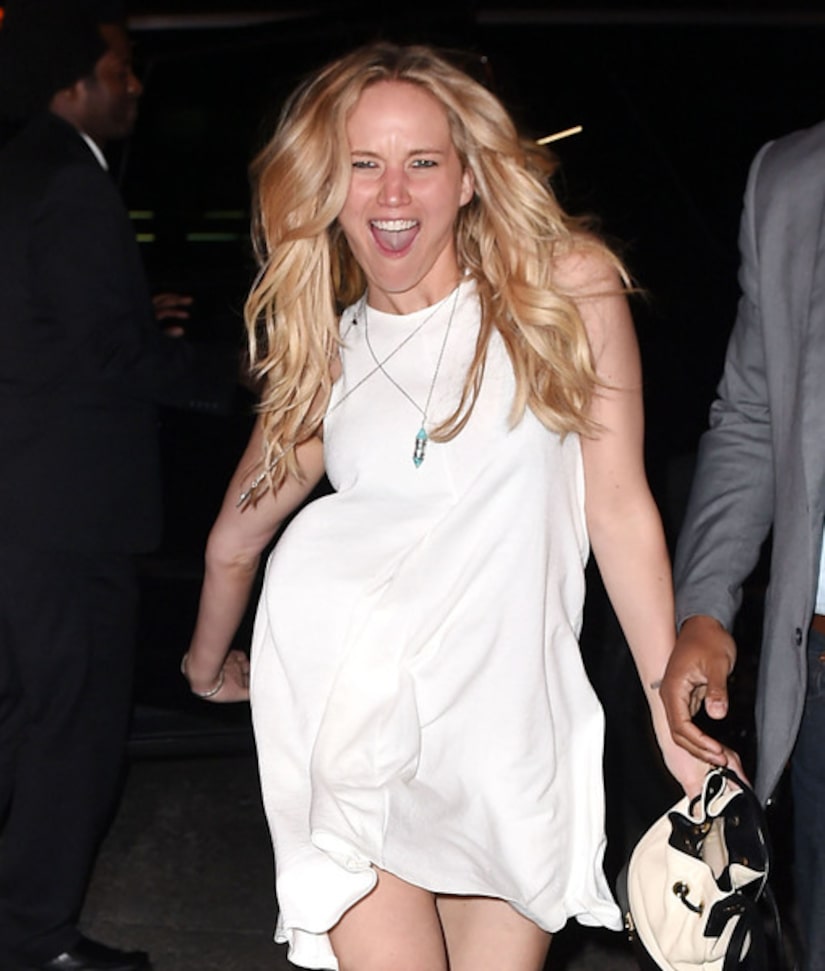 Up next for the Hollywood beauty is the fourth and final installment of the “Hunger Games” film franchise hitting theaters in November, and “X-Men: Apocalypse” due out in summer 2016. 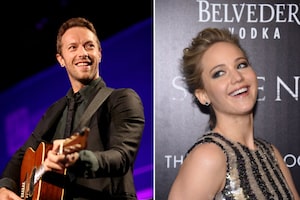 Back On! Jennifer Lawrence & Chris Martin’s Relationship Takes Off in NYC 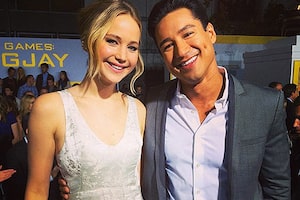