“Extra's” AJ Calloway joined Michael Douglas on the set of his upcoming superhero flick “Ant-Man,” where the A-lister confessed his kids couldn't be happier with the film, but revealed his wife Catherine Zeta-Jones couldn't wait for filming to end.

Douglas sported some serious facial hair to play scientist Dr. Hank Pym in the Marvel movie, and said his wife was definitely not a fan, revealing, “She hates it. Absolutely hates it.”

Douglas has since ditched the beard, but told AJ how much fun he had filming the movie, “I'm having a gas.” He added, "The fact that you're feeling good, cancer-free… working on fun stuff. What more can you ask for?"

Douglas' character in the film is the inventor of the Ant-Man suit, which allows the wearer to shrink in size, but grow in strength. Pym must teach Scott Lang (played by Paul Rudd) to embrace the suit's power while also hoping to restore the relationship between himself and his daughter Hope (played by Evangeline Lilly).

"My 14-year-old son Dylan thinks I've never done anything in my life before 'Ant-Man'” revealed Douglas. “That's the only way I'm getting him through the ninth grade is by promising he can go to the premiere.” 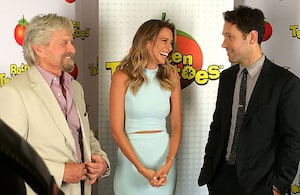 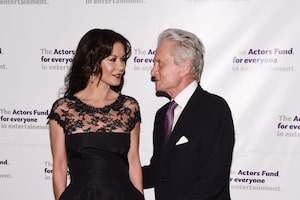 Michael Douglas Gushes Over Catherine Zeta-Jones: ‘I Really Lucked Out’ 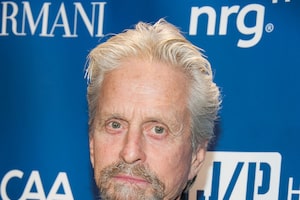 Michael Douglas Eyes ‘Ant-Man’ Movie as His Next Gig