Casper and Jennifer broke up last June, but the two were recently spotted together, sparking rumors they're back on. Casper's official answer on the relationship question: “Today it's just fun, just having a good time.”

He continued, “If we have anything to announce, we will let everybody know, we're just hanging out.” Smart also revealed he likes Lopez's new shorter hairdo, saying, “It's great!”

Casper also chatted with Terri about season two of the reality competition show “Fake Off,” in which he judges performers as they recreate an iconic pop culture moment.

“They have ninety seconds to perform, and they have a full production behind them, which makes it different from any other kind of show where they just kind of get on stage and hey I do whatever my talent is,” said Casper. “It's like a mini-award show, so they get props, they get wardrobe, they get video content, scrims, and projection.”

Lopez, who is a judge on “American Idol” wasn't shy about dishing some advice to Casper. “Just be yourself, be open, and have fun, and be yourself."

When he's not in the judge's chair, Casper gets to work with some of the biggest names in Hollywood as a dancer and choreographer for clients like Nicki Minaj. “I love working with Nicki. She's so great with me. We really mesh, really good, and we just... I don't know, we clicked and we started with the 'Anaconda' video.”

He even worked with Beyoncé when she was part of Destiny's Child. He said, “She was great, super sweet, super hard worker.” 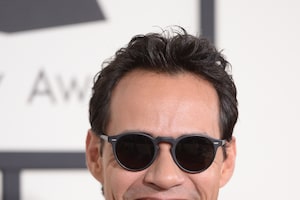 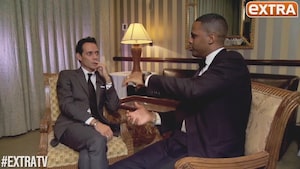