Taraji P. Henson posted an Instagram photo today of an IV in her arm with the caption, “Don't worry y'all, I'm a tough cookie.”

The “Empire” actress said in the caption, “God has a way of saying, 'You're doing too much! SAT DOWN SOMEWHERE.' I'm listening Father!!! I am taking several seats!!!”

She added, “I will be just fine. My momma and best friends are flying in to check on me. I AM FINE!!!!!!! Just need to SAT ALL THE WAY DOWN for a bit. #listentoyourbody."

Just a few hours earlier, Bazaar Executive Editor Laura Brown snapped a selfie with Taraji and posted it to Instagram with the caption, "Taraji's obsessed with me. And you know what, I get it. @tarajiphenson.”

No other details were given on what's ailing Taraji.

She is set to reprise her role as Cookie Lyon in FOX's smash hit show, “Empire,” returning this fall. 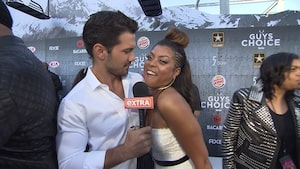 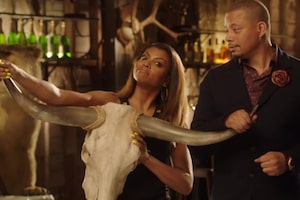 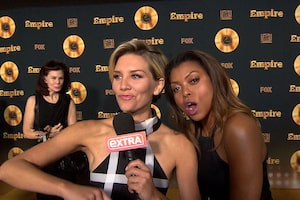 'Empire' Star Taraji P. Henson Shows Us How to Twerk It on the Red Carpet