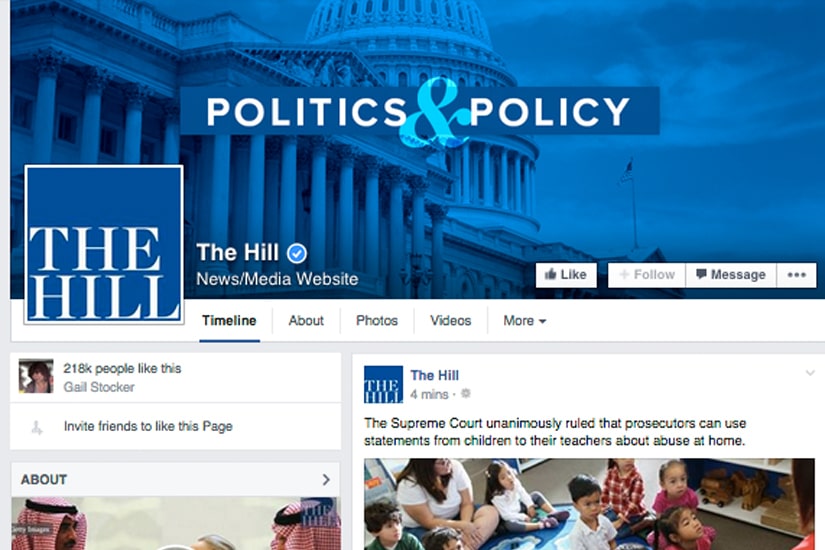 The Hill has been putting up the kind of online engagement numbers digital brand managers dream of, making the political news outlet — and its content — dominant on social media.

According to data from Crowdtangle, a Facebook partner, from May 16- June 15, The Hill earned 52 percent more Likes, Shares and Comments than The Washington Post, six times more than Politico, over 150 times more than National Journal and more than 1,000 times over Roll Call.

This record-breaking engagement has translated into some of the fastest growth in online news today with Facebook referrals to thehill.com increasing 438.99% year over year (Jan 1-May 31, 2014 vs. Jan. 1-May 31, 2015).

Check it out at Facebook.com/TheHill.