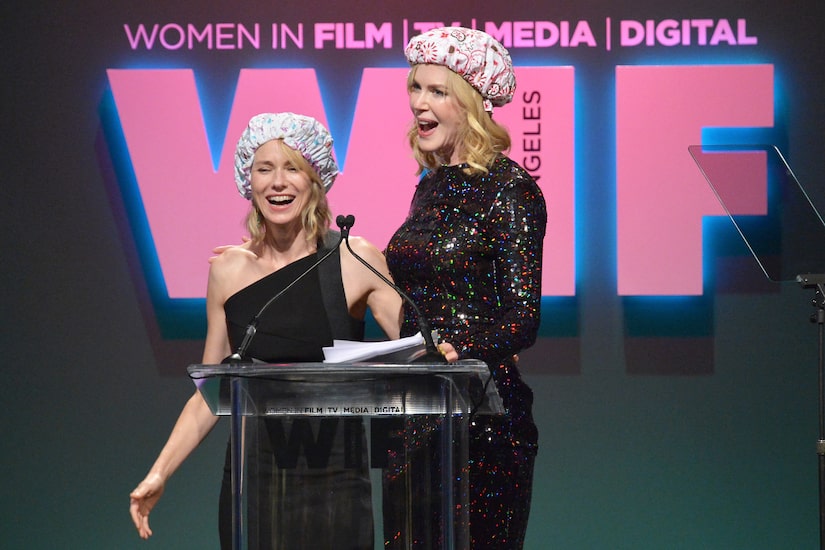 Kidman delivered an empowering speech as she accepted the Crystal Award for Excellence in Film in Los Angeles, where she encouraged everyone to “take risks, raise our voices and honor the fire within.”

The Oscar winner revealed during the speech that one of her biggest regrets was turning down a role in Jane Campion's movie “A Girls Own Story” because she had to wear a shower cap and kiss a girl. 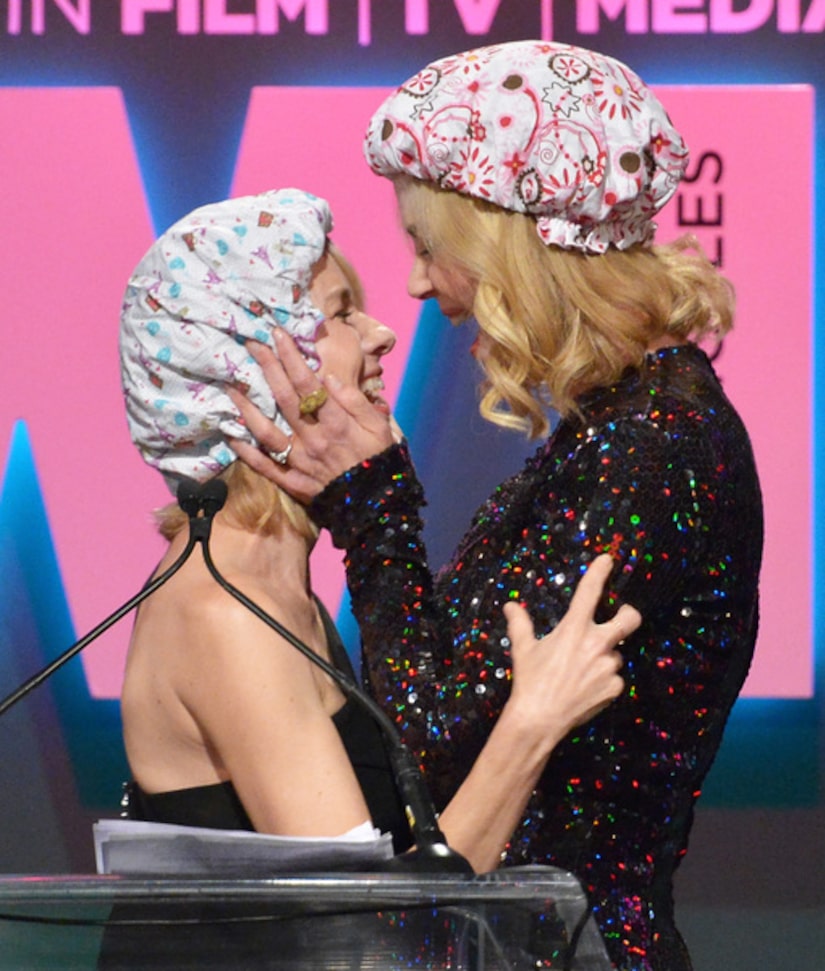 “My excuse was that I had final exams to study for, but the truth is the part would have required me to appear up on the screen wearing a shower cap and kissing a girl… I wanted to be the kind of actress with long flowing hair [who] kissed boys... I was not ready to do the kind of work that threatened anybody,” she said. “Well, today I know better and I say, 'Jane, if you're out there… I'm ready to don this cap.'”

She then pulled out a shower cap from her bag, and said she was “ready… to kiss any woman in the room.”

Nicole's bestie Naomi, who presented Nicole with the award, agreed, and even wore a shower cap. 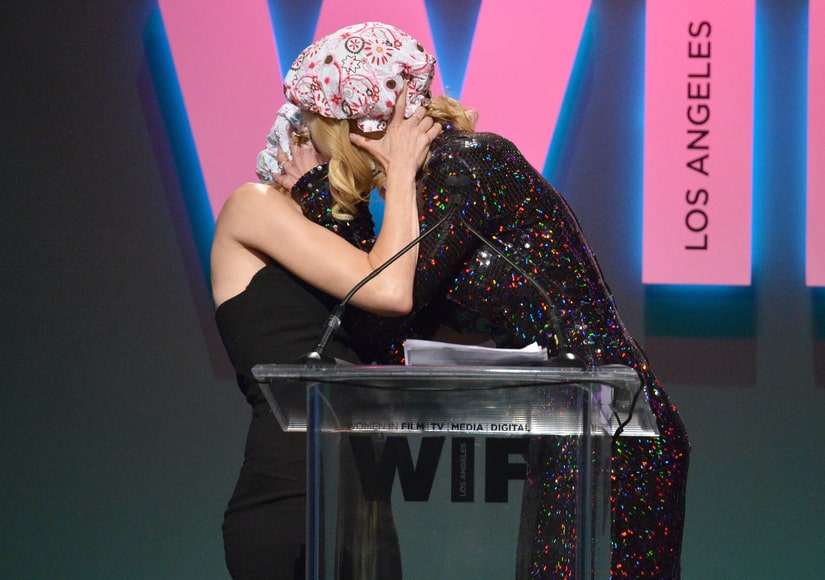 “Extra's” Renée Bargh chatted with Nicole Kidman and Sandra Bullock before the Women In Film award show, which annually honors outstanding women in the entertainment industry – women who lead by example, who are creative, groundbreaking, and who excel at their chosen fields. 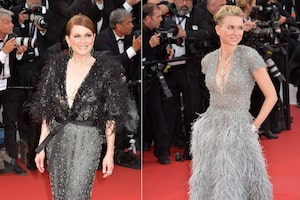