Adam Lambert talked with “Extra's” Renée Bargh at Westfield Century City about the release of his new album, “The Original High,” his dream collaborations, and the end of “American Idol.”

The season eight “American Idol” contestant praised the show that was a launching pad for his music career. “The name 'American Idol' is never gonna leave people's minds. They have carved out a place in history."

The 33-year-old singer has a new album, “The Original High,” featuring a new single titled “Ghost Town.” “It reminds me of when I first started listening to dance music in the '90s,” said Adam about the song. “I definitely wanted to bring some nostalgic sound to it!”

The album also features a track called “Rumors,” which Adam and Swedish singer Tove Lo recorded together. Adam revealed another fantasy collaboration to Renée. “Beyoncé and Rihanna!” He added, “I'd like to share the stage with them.” 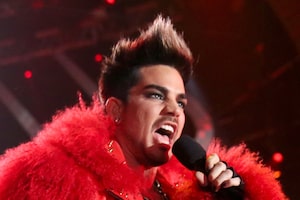 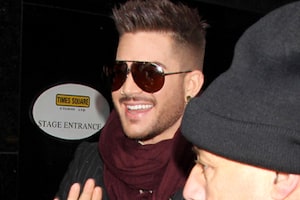 New Queen frontman Adam Lambert looked both edgy and dapper as he arrived to "GMA" in NYC. 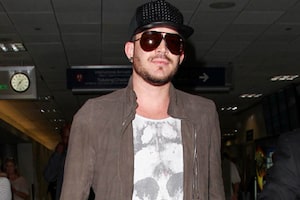 Adam Lambert hopped a flight from NYC to L.A.