Deion Sanders joined “Extra's” girlfriend Tracey Edmonds and Mario Lopez at Universal Studios Hollywood, where he gave fans a preview of this week's “Deion's Family Playbook” season finale on OWN.

Deion Sanders is the only pro athlete to play in both a Super Bowl and a World Series, but few people know that Deion is a single father raising five kids of his own, while also helping to raise five other children who live with him. The reality show also features Deion's girlfriend, and “Extra” co-host Tracey, who is a mother to two teenage sons. Even though Tracey lives in Beverly Hills, she flies to Dallas every other week (when her sons are with their father) to spend time with Deion and his family.

“The good thing is it makes us appreciate each other, but it's hard,” said Tracey to Mario. “It's challenging. I have to get used to going to things by myself, I'm always like 'Baby, can you come out to L.A.?'”

Tracey loves spending time with Deion's family and supports Deion in every way, giving him both advice and love. Although Tracey and Deion come from much different backgrounds -- they really prove that opposites do indeed attract!

Watch “Deion's Family Playbook,” Saturdays at 9 PM on OWN. 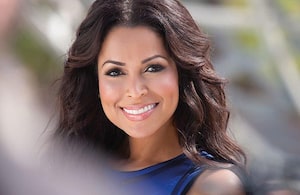 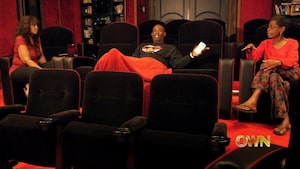 Sneak Peek! Deion Sanders Gets Grief from His Girlfriend's Mom on 'Family Playbook' 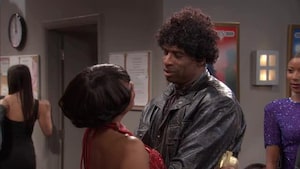