The “Being Mary Jane” actress chatted with “Extra's” Renée Bargh about how they are still head over heels in love, and how the Wade family is sharing their unique story as part of Tyenol's new campaign, “How We Family,” a program that celebrates the diversity of modern families.

Gabrielle told Renée she loves her family, and she's settling right in to her role as stepmom to Wade's two sons and his nephew. “Marrying him and marrying our boys and marrying his family… it's really shifted my priorities.”

The Wades are sharing their family story online, and invite everyone to do the same as part of #HowWeFamily.

One of the first stories shared was from Gabrielle, in which she talked about being a proud member of the largest African-American family in Nebraska. Her family believes in inclusion. "It doesn't matter who you are... everyone has a place, everyone matters. By birthright, you deserve unconditional love," she said on the campaign website.

“My family may not look like everyone else's, but it's legitimate, real and valuable," said Gabrielle. "As a family, whether that is my immediate family or extended family of over 100 cousins, we believe that whatever incarnation your family comes in it is valid.” 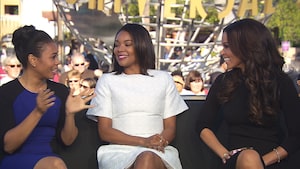 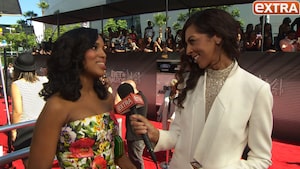