Grammy winner Brad Paisley is partying every night on his new “Crushin' It World Tour,” and “Extra's” Charissa Thompson caught up with the country superstar backstage of the Hollywood Bowl, where he admitted he's a little nervous about opening for the Rolling Stones in his hometown of Nashville. 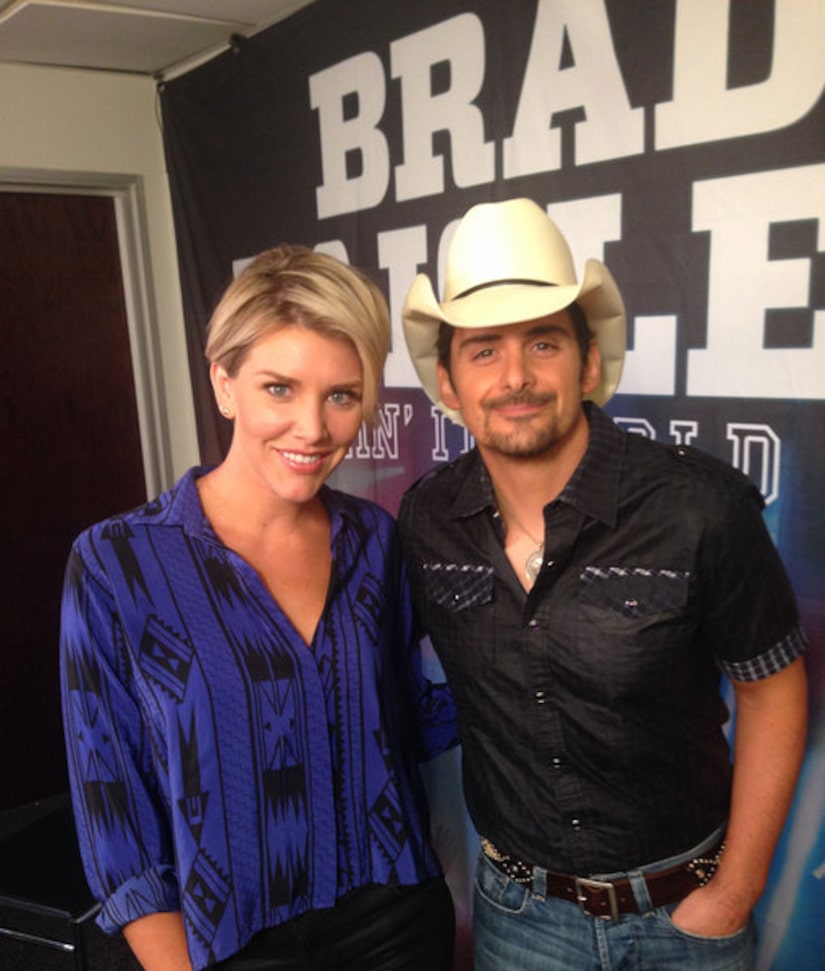 “You know what's scary about it?” he asked Charissa. “It's an audience full of people who have waited, some of them their whole lives to see this band live, and they have to sit through me.”

Charissa quickly chimed in that it's “a bonus” that they get to see Brad Paisley perform.

Something Brad wasn't afraid of doing was renewing his wedding vows with actress wife Kimberly Williams-Paisley after 12 years of marriage... with a surprise ceremony this spring. Brad revealed “SNL” alum Kevin Nealon, who is a good friend of the couple, officiated the ceremony and wrote some hilarious vows.

Country fans everywhere are flocking to Brad's sold-out shows this summer. Check out Brad Paisley's “Crushin' It World Tour,” on the road through October 2015. 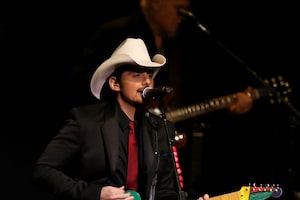 Brad Paisley to Guest Star and Perform on ‘Nashville’ 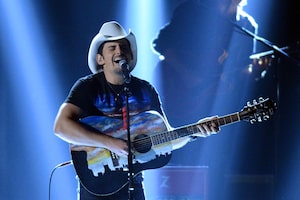 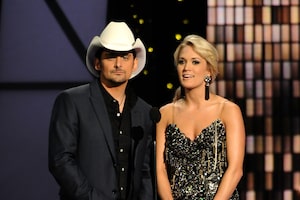