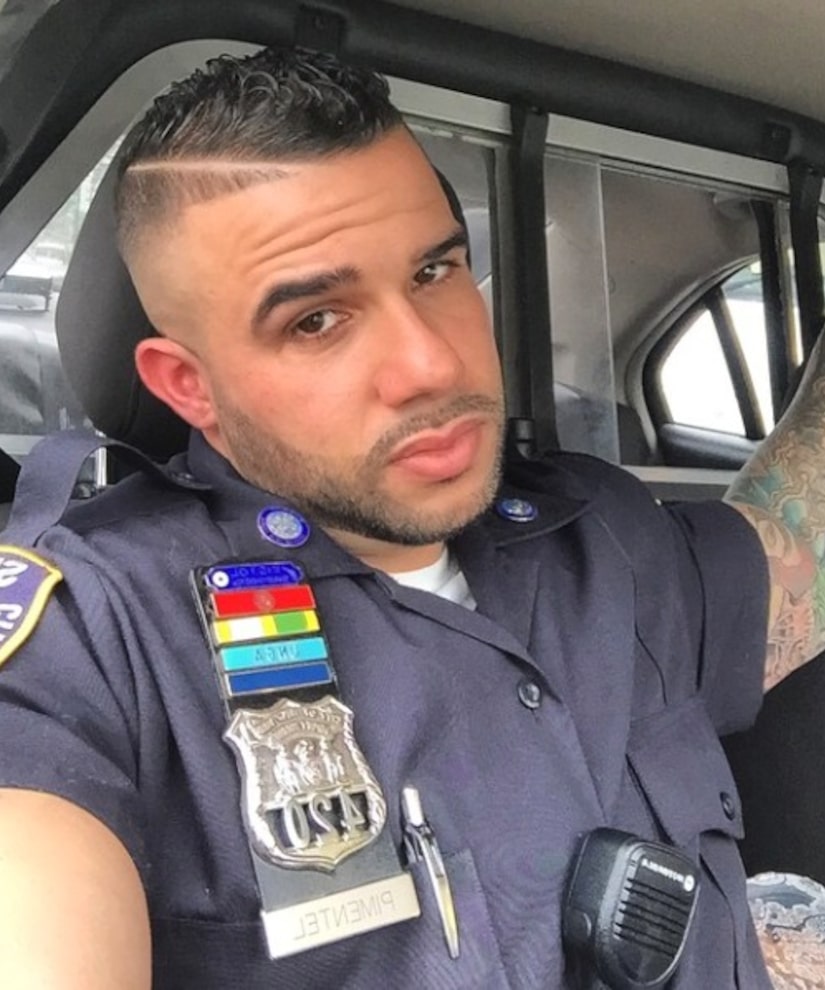 Kim Kardashian thought she'd broken the Internet, then Caitlyn Jenner arrived to do even more damage.

Is the next viral sensation Deputy Miguel Pimentel?

Pimentel, a New York City Sheriff's deputy with the kind of build that guarantees he'll never have sand kicked in his face, has for quite a while been a stopping-traffic cop around the city. Now, his musclebound Instagram has gone viral, making him an international sensation.

Users sharing Pimentel's poses (some in his uniform, some in decidedly less clothing) have joked about wanting to commit crimes if that meant they'd get to meet the 33-year-old competitive bodybuilder/law enforcement professional. He tells the New York Daily News that he fears he has already inspired acts of fraud: "I've had four girls approach me and tell me that they've been catfished with my photo."

Guys, think twice about using this man's photos to commit crimes—he's not only bigger than you, he's got handcuffs on him at all times.

Pimentel's equally camera-ready steady girlfriend, Erika, is reportedly "not too happy" with all the attention he's getting, which includes women approaching him as if they know him for handsy selfies. At least her photogenic man is famous for catching the bad guys instead of for being one of them.