Jerry Seinfeld dressed in his typical casual style of a shirt, dark jeans and sneakers for a charity event on June 3, but it was what he chose to accessorize his ensemble with that had “Seinfeld” fans saying, “Is that a European carryall?” 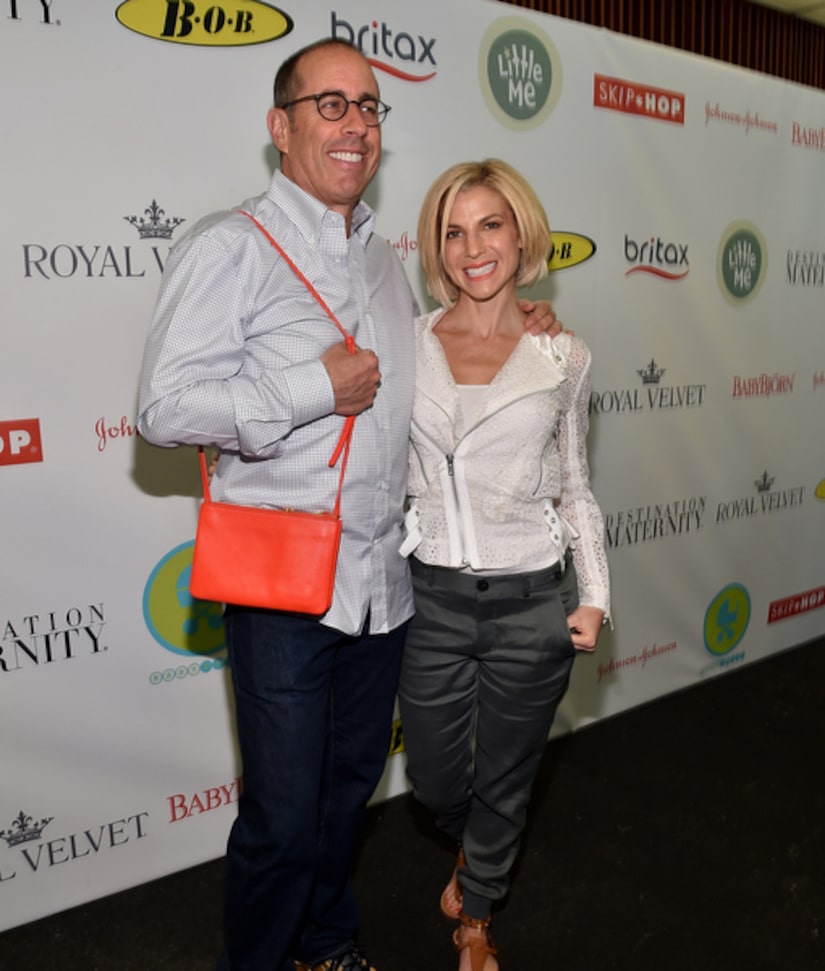 A European carryall, in reality a purse, is what Jerry carried in a classic episode of “Seinfeld,” but on Wednesday he added a splash of color by sporting a red leather bag over his shoulder as he posed beside his wife Jessica on the red carpet of the Baby Buggy Bedtime Bash in New York.

"I did have a purse one time," Jerry joked to our "Extra" cameras at the event, which was a fun-filled carnival for underprivileged kids to enjoy with their parents, and sponsored by Jessica.

"A murse," Jessica corrected her husband. Jerry chimed in, "Well, I insisted it was European."

"Extra" caught Jerry and Jessica's quick hand-off of the handbag on camera, where Jerry offered to carry his wife's purse, and pulled it off with confidence! 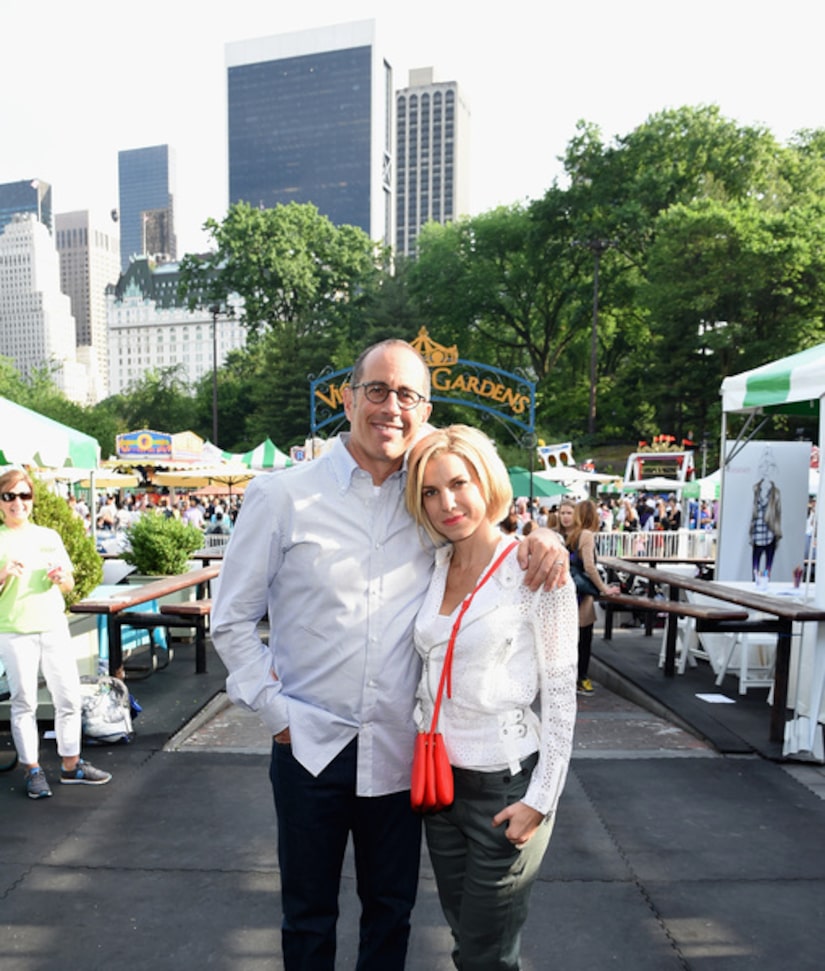 Jerry isn't the only man to wear a purse, murse, satchel, or carryall. Zach Galifianakis' character from “The Hangover,” carried a bag with him throughout the movie, and Joey Tribianni from “Friends” kept all his essentials in his bag, including a sandwich!

If Jerry and Joey can rock the man purse, so can you! Men Style Fashion says to pull off this look you have to do it with confidence. Throw that bag over your shoulder, messenger-style, and “take pride knowing that you stand apart.”

A business tote exudes powers, while an everyday duffle bag can be used to go from the gym to the office, and the weekender bag is the perfect travel companion on a plane… just don't forget to pack your sammie! 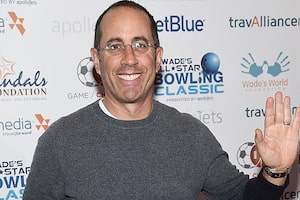 Jerry Seinfeld as the Next Oscars Host? He Responds 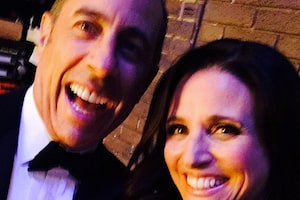 Seinfeld Reunion! Watch Jerry and Elaine in ‘Comedians in Cars Getting Coffee’ 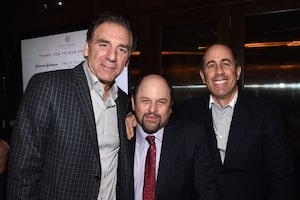