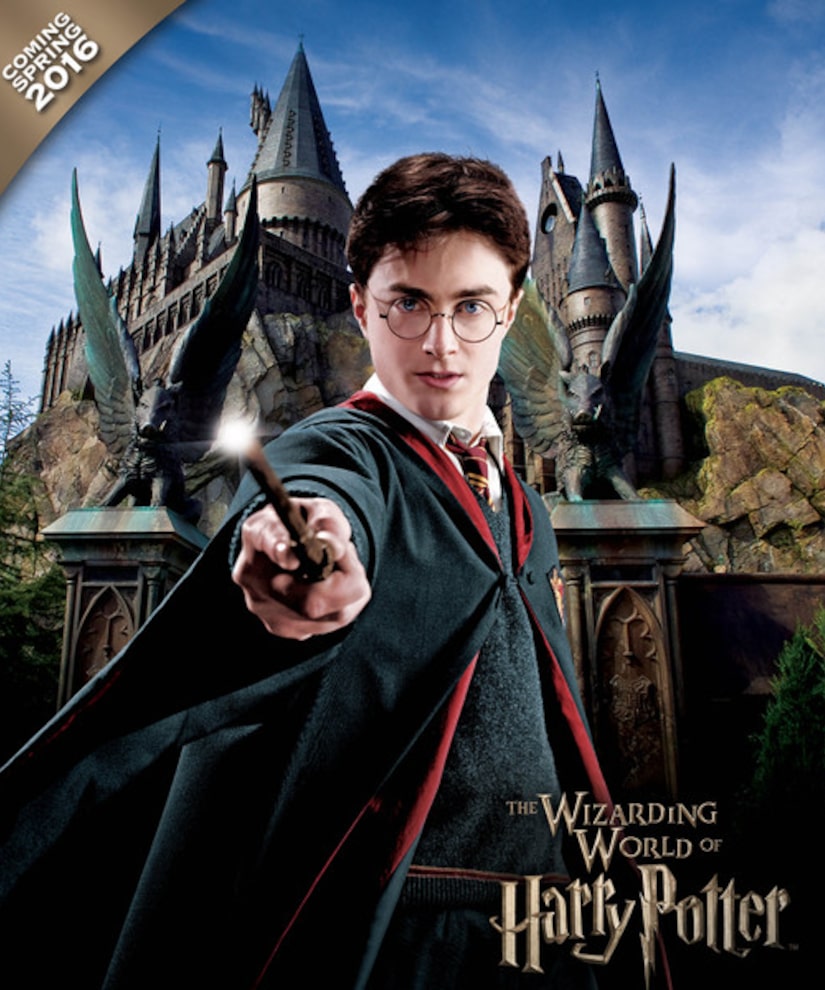 It's official! “The Wizarding World of Harry Potter” will open at Universal Studios Hollywood in Spring 2016.

Like its counterparts in Florida and Japan, Hogwarts castle will sit at the heart of “The Wizarding World of Harry Potter” where the land's signature ride, “Harry Potter and the Forbidden Journey™" will take guests on a journey into many memorable scenes alongside Harry, Ron and Hermione. Traveling by Floo powder, guests will soar high above Hogwarts, partake in a Quidditch match, narrowly escape a dragon attack and have a close encounter with the Whomping Willow.

Sporting Quidditch-inspired 3D goggles, guests will venture through journeys experienced by Harry and his friends, spiraling and pivoting 360-degrees along an elevated ride track on a whirlwind adventure of a lifetime. At Universal Studios Hollywood, "Harry Potter and the Forbidden Journey" will make its U.S. debut as a dynamic 3D-HD adventure designed to further immerse guests in an already captivating storyline.

Fans can also try the enchanting family coaster, “Flight of the Hippogriff” which will debut as the park's first outdoor coaster.

Guests can also revel in Harry Potter's epicurean world with the opportunity to enjoy authentic food and beverage at multiple locations, including: Three Broomsticks™ and Hog's Head pub, as well the Magic Neep and Butterbeer™ carts.

A foray through the shops will add to the authenticity of the land with eight retail shops and locations, including Honeydukes™, Ollivanders™, Owl Post™, Zonko's™ Joke Shop, Wiseacre's Wizarding Equipment, Dervish and Banges, Gladrags Wizardwear and Filch's Emporium of Confiscated Goods™.