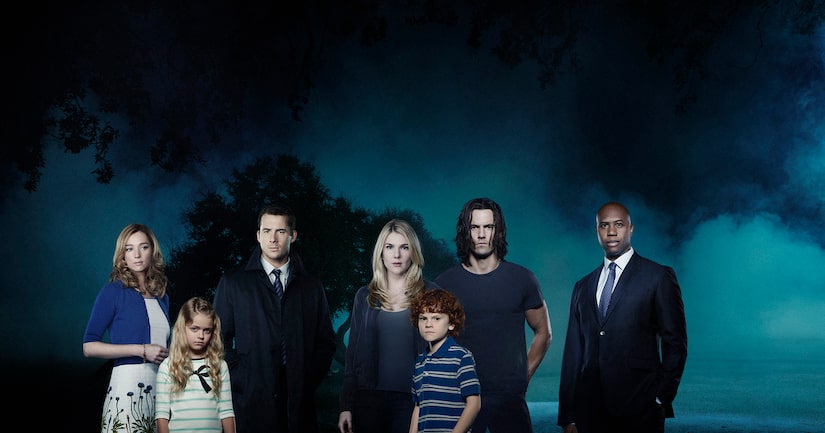 Monday nights are about to get a whole lot creepier! That's because “The Whispers” is coming to ABC.

The show is about a mysterious force named Drill who likes to play deadly games with children... that cause them to harm their own families.

FBI agent Claire Bennigan, played by Lily Rabe, specializes in children's cases and is on a mission to stop Drill in his tracks.

ExtraTV.com was invited to the set of “The Whispers” in Vancouver to talk with the cast about the new thriller, and everyone agreed that having children at the center of the story made it even creepier!

Lily says, “kids are so vulnerable” and “open vessels” that can let in the light… or the dark, adding, “That in and of itself I think is very disturbing.”

Sloane sees people equating the story with Cold War fears that youth would be brainwashed.

“The fear of other people influencing your child or getting inside their head and giving them different views… that terrifies people. It goes back to the Cold War scare-mongering of hearts and minds and turning the youth against the current flock of Americans… I think that is something that plays in your mind a bit and you can equate that to the media, you can equate that to propaganda and advertising.”

For Milo it was seeing the children act in such a precocious manner that got him. “They only have a certain amount of knowledge based on how old they are… when they do things that stretch outside of what a 4-year-old, 7-year-old or 10-year-old would say or do or think or feel, and then just kind of look at you that is a little terrifying.”

Milo explained that Drill is targeting some very specific kids. “Their parents have access to something special… these kids are ultimately used.”

Derek added, “We don't know what this entity is… I think the show is more about connections, it is more about family, it is about love, it is about betrayal… so you have a bad day arguing with your wife or your husband and then there is this unknown entity that insinuates itself into your reality and sort of threatens that world.”

Be sure to watch “The Whispers” tonight at 10 PM on ABC.