Women fall for George Clooney all the time, but not like this!

“Extra’s” Charissa Thompson was interviewing George at the “Tomorrowland” premiere in L.A. when she accidentally tripped. Without missing a beat, Clooney helped Charissa gain her balance, while grabbing the microphone and looking into the camera, quipping, “Look, this has been a very rough day.”

Charissa joked, “I haven’t even been drinking this time!” — a reference to the Golden Globes where Charissa, Mario Lopez and the stars were taking shots of George’s Casamigos Tequila on the red carpet.

Afterward, George, who attended the premiere with Amal and 13-year-old niece Mia, opened up about his eight-month marriage and his role in “Tomorrowland.” 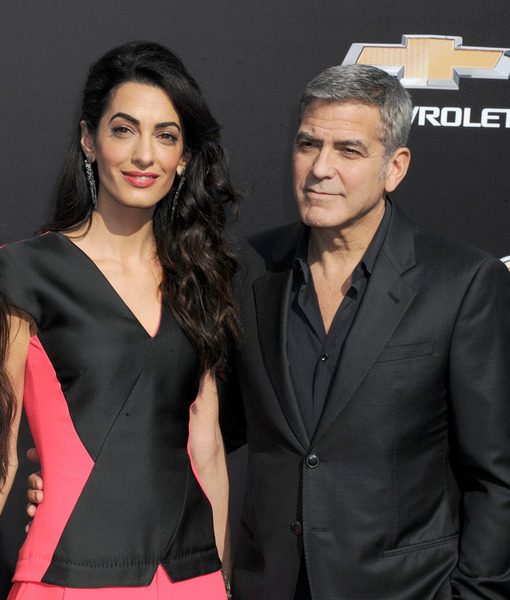 First, he revealed that it was love at first site when he met Amal, a human rights lawyer, saying, “Yes, of course. Actually it was, and we've had a really fun time since then.”

George played coy when asked about starting a family, explaining there are a million ways to ask that question, but “I always just avoid it by ducking out.”

Of course, he’s an open book when it comes to his new role in “Tomorrowland.”

Clooney plays a former boy genius who helps a teenage girl discover a secret world in the Disney flick.

He told Charissa that he took the role because he’s a fan of director Brad Bird.

“Tomorrowland” opens in theaters May 22. 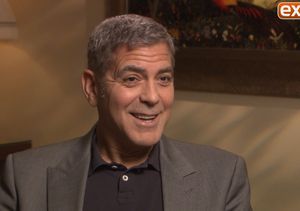