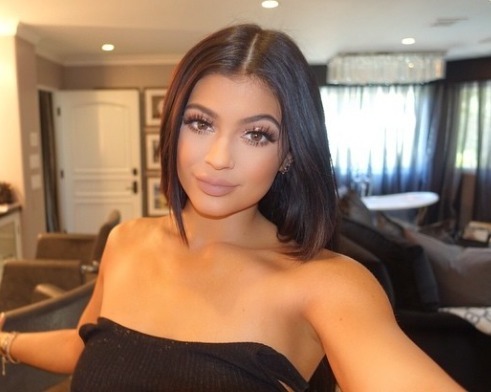 Kylie Jenner Instagram
Calling out the "mean" media, Kylie Jenner has cleared the air over that Snapchat session that's circulating, the one in which some have said she appears to be saying she's "high as f-ck."

A video posted by Kylie Jenner Snapchats (@kylizzlesnapchats) on May 6, 2015 at 3:53pm PDT

She tweeted: "I did a snapchat saying my chicken was 'good as f--k' eating Popeyes for the 1st time and apparently people think I said high as f--k. I DID NOT say that."

Kylie also sarcastically apologized for not being the "wild child" people seem to want her to be. A source tells People, "People think she is wild but she really isn't as wild as she seems or puts out there. She's definitely a rebel and does what she wants — hair how she wants, dresses how she wants—but there's also a certain persona she's putting out there."

In the meantime, she's working hard every day toward her high school graduation next month.

sorry to disappoint everyone who thinks I'm this wild child. The media is mean & I try not to look @ it. So sorry 4 the late statement.

I do school every weekday :) again don't believe everything you read. https://t.co/JVUnD5ZwRP