UPDATE: According to an eyewitness, Adam Levine was hit by the bag of powdered sugar after his interview and performance on "Jimmy Kimmel Live."

Adam Levine's appearance on the “Jimmy Kimmel Live” show was bittersweet for the Maroon 5 frontman as he was blasted in the face with a bag of powdered sugar just moments before his live performance on the late show.

“The Voice” judge was noticeably upset, but dusted off, and no mention of the incident was talked about on the show. The band was ironically performing their hit single “Sugar” for fans live on the roof of the Hollywood studios.

No word on why Adam was attacked, but the alleged assailant, Navid Farsi, was detained by security until police arrived and was arrested on five counts of battery, according to the LAPD. The 28-year-old suspect is being held on $100,000 bail.

The same attacker also allegedly threw a rock at Dwayne “The Rock” Johnson last week, for which he was also arrested.

Before entering the studio, Adam was greeting fans and signing autographs. Fan Kristal Klune was outside the Hollywood studio, where she captured the attack and posted on social media. 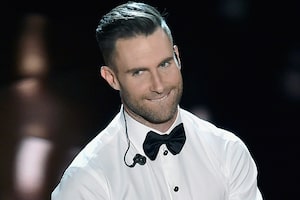 Sweetest. Thing. Ever! How Adam Levine Made a Kid’s Dream Come True 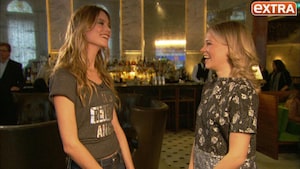 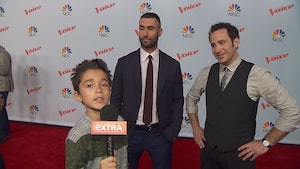 Our 10-Year-Old Correspondent Returns to 'The Voice,' Wows Judges Adam Levine and Pharrell