Music divas Madonna, Lady Gaga, and Katy Perry cuddled up in a rare, jaw-dropping moment captured for Instagram at last night's Costume Institute Gala at the Metropolitan Museum of Art in New York.

Despite the "no cellphone" rule at the event, the three superstars snapped a pic, with all looking ravishing in their finest frocks that went along with the gala's theme, “China: Through the Looking Glass.”

Madonna captioned her photo, “Girls night out.......... Kissing the Ring........Finally! #metball,” while Katy Perry joked that the musicians would be making beautiful music together, “Dropping our single tomorrow #stolethispicfromM #MONSTERCATREBELHEARTS.”

Perry also posted a version of the photo on her Twitter, with the hashtag "#breaktheinternet2k15." Lady Gaga didn't share the special moment with her little monsters… perhaps she left her cell phone at home.

The feud between Madonna and Lady Gaga allegedly began when the Material Girl thought Gaga's hit "Born This Way" sounded very similar to her song, "Express Yourself." Rumors of Gaga and Perry being at odds have been going on for years, with Gaga tweeting messages that called out Perry for copying her look.

While all have publicly denied any actual ill will, the trio seemed to have kissed and made up… in the name of fashion. 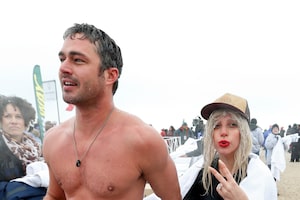 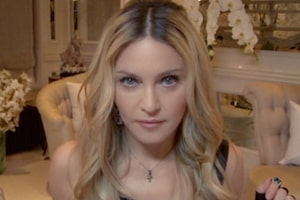 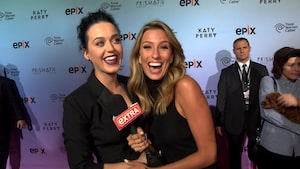