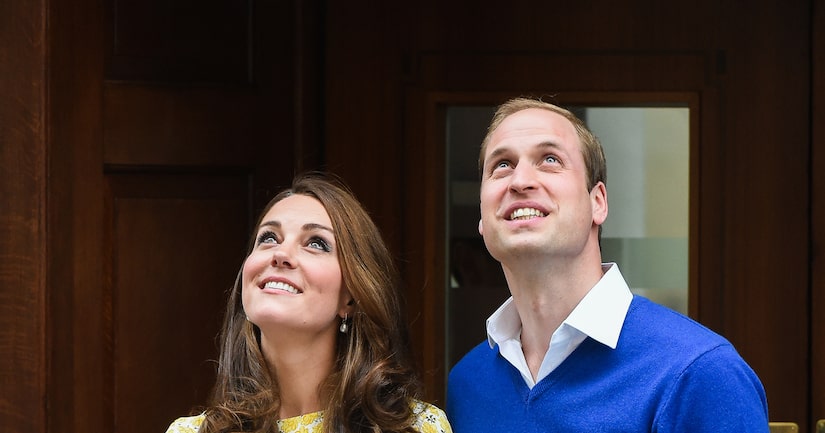 The guessing name game is over! The Duke and Duchess of Cambridge have named their new daughter Charlotte Elizabeth Diana.

The royal baby's first name, Charlotte, is the female version of Charles, Prince William's father, and is also sister Pippa's middle name. The name Elizabeth is a nod to the Queen, and of course, Diana is after the beloved, late Princess.

Just hours after giving birth, Kate looked gorgeous posing for photos outside St. Mary's Hospital in London, holding her Royal Highness Princess Charlotte of Cambridge. The Duchess stunned women worldwide by simply looking stunning. "Extra" has all of Kate's picture-perfect secrets via Editor of HELLO! magazine Rosie Nixon, including the dress and the glam squad Kate hired to meet her at the hospital.

Kate's personal assistant, Natasha Archer, helped style the Duchess of Cambridge right down to the buttercup silk print Jenny Packham dress. Nixon told "Extra," Packham is one of Kate's favorite designers. The Duchess of Cambridge's shoes were L.K. Bennett nude pumps, and her perfectly coiffed 'do was courtesy of hair stylist Amanda Cook Tucker, who did a bedside blowout! When Tucker arrived at the Lindo Wing, this was the first clue that Kate would be posing for pics that afternoon. We hear Kate did her own makeup and manicure!

Prince William and Kate Middleton's new daughter has already received several close relatives at Kensington Palace, ahead of her departure for the family's country retreat, Anmer Hall, near the Queen's estate in Sandringham. Once at Anmer Hall, she'll meet her great-grandparents, the Queen and Prince Philip.

The new princess' guests so far have included Aunt Pippa and grandparents Carole and Michael Middleton, followed closely by Prince Charles and Camilla, Duchess of Cornwall.

Prince Harry hasn't been able to meet his niece in person just yet, but is anxious to remedy that situation. Following visits by much of the rest of their family, a Kensington Palace spokesman quotes Harry as saying, "She is absolutely beautiful. I can't wait to meet her.” 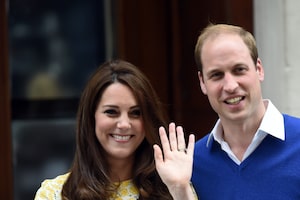 Royal Baby Gets Plenty of Visitors ... But No Name Yet 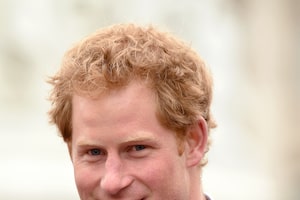