TV chef and author Sandra Lee joined “Extra’s” Charissa Thompson at Universal Studios Hollywood to show off some of her signature cocktails, and also told the story of how she saved a distressed baby seal that washed ashore in Malibu while she was out for a beach walk.

“They are washing up everywhere,” Sandra explained to Charissa of the unknown epidemic. “We did a little bit of a rescue this morning.”

Sandra posted a video on her Facebook page documenting the incident. She said what she hoped would be a relaxing day on the beach turned into a tearful and frustrating scene when she stumbled upon a seal pup crawling out from behind the rocks.

“I knew he was hungry, weak, and definitely very scared. I ran from the beach to get a blanket and a few pieces of raw fish,” said Sandra.

Sandra tried to call rescue groups, but was getting mostly voicemail messages saying they would be unable to return her call for up to two days.

“I feared this little guy wouldn't even make it for two hours. When I brought the raw fish to the baby seal it was as if I was giving a sandwich to an infant. He was still in the nursing phase of his life and his mother was nowhere to be found.”

After more than an hour of “dead-end leads and phone voicemail message,” Sandra convinced a wildlife rescue team to pick up the pup.

Sandra says it’s a serious epidemic in Southern California. Baby seals and sea lion pups are washing ashore because of warmer ocean temperatures, and dying at unprecedented rates. Since the beginning of the year, the California Wildlife Center has rescued over 115 sea lions in Malibu alone, and the numbers in Malibu and across the state continue to climb.

The wildlife experts told Sandra it's not that their “hearts are hardened, but it's just that they can’t keep up with the volume of injured and malnourished babies with thousands of calls daily from all over the Southern California beaches.”

Sandra started a donation drive for the California Wildlife Center to support the seals’ care, pledging to match up to $25,000 in donations. 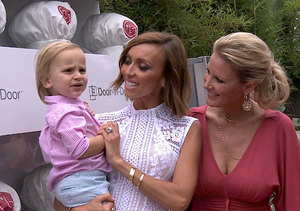 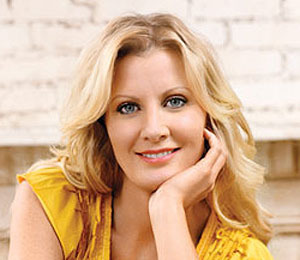