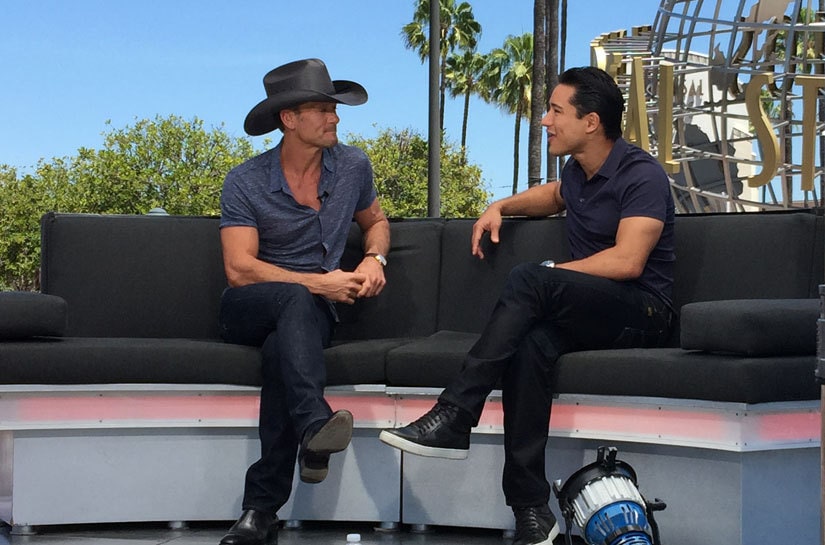 Country music superstar Tim McGraw is one of the busiest men in the biz, with his upcoming tour and starring in the futuristic flick, “Tomorrowland.” Tim joined “Extra's” Mario Lopez at Universal Studios Hollywood, where he dished on his busy home life with fellow country star and wife Faith Hill, and their three girls; Gracie, 17, Maggie, 16 and Audrey, 13.

The singer turned actor is also back on the big screen next month in “Tomorrowland,” with George Clooney, and said the two had some scenes together, but revealed, “You never know what makes the final edit so, I am looking forward to see what makes it.”

Tim said he's learned how to be easygoing when it comes to raising teenage daughters, and shared a funny moment with Mario about what can happen when the only McGraw man tried to get ready in a room full of girls.

“I was hiding in my bedroom because it was full of dresses, makeup people and hair people, and my daughters were getting dressed,” recalled Tim about getting ready before the TIME 100 Gala in New York. “Finally, they got dressed and I knew I had about thirty minutes, so I went in and got my tux on, sat down and was doing makeup.” He continued. “My daughters were asking me questions like, 'Do these earrings look good?' and finally my wife said, 'Leave your father alone, he's getting his makeup on,' and I thought that's something you don't hear every day.”

The country singer revealed the first time a boy came to pick up his daughter it was “a little odd.”

“I happened to be cutting some meat up because I was cooking on the grill and I had a white apron on, so I had little chunks of meat on this white apron,” Tim said. “I had a butcher knife when I answered the door and it wasn't on purpose, but it worked out well.”

Next up for the country star is hitting the road for his upcoming “Shotgun Rider” tour in June, after his eldest daughter graduates from high school. He says he's waiting because he doesn't like to be away from home for too long. “I fly a lot, so I am back and forth a lot, I'm not away from home very much.”

Tim said choosing the set list for this tour was difficult. “You try to put together a roller coaster ride for everybody and find the ones,” said Tim. “Some songs we haven't done in a couple years, we're doing again, and some stuff we really like.” Tim added, “You try to get some current stuff on the radio and try to do some new stuff you're working on in the studio.” 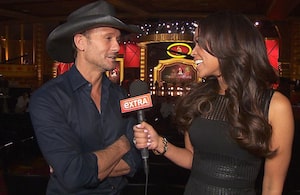 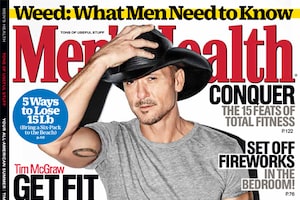 Tim McGraw Shows Off 8-Pack Abs, Reveals Why He Got Sober

Tim McGraw Reveals How He Scared His Daughter’s Boyfriend