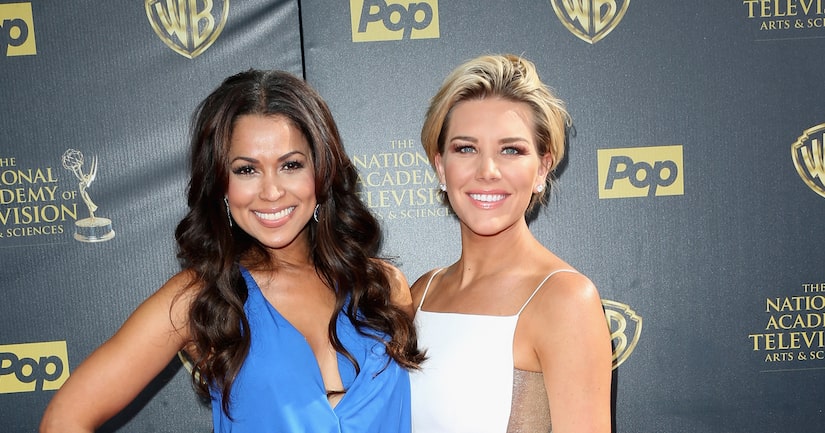 Sexy soap stars and supermodels attended the 42nd Annual Daytime Emmy Awards, but it was Matt Lauer's look that had everybody talking.

Ellen DeGeneres pulled off a “Fifty Shades of Grey” prank on Matt Lauer, altering his appearance for the event's show opener in which DeGeneres cleverly edited the tape to put Lauer's head on a man's buff body wearing only pasties, briefs and black stockings.

DeGeneres pulled a similar prank on her talk show, when she showed the “Today” show host in a similarly racy outfit. Their friendly prank feud came to an end at the awards show with Lauer generously donating money to charity any time a winner thanked him in their speech.

"The Ellen DeGeneres Show" picked up an award for Outstanding Talk Show/Entertainment at this year's event, and another for Outstanding New Approaches - Enhancement to a Daytime Program or Series.

Tyra Banks was the host of the 42nd Annual Daytime Emmy Awards and had a total of FIVE wardrobe changes, but with only one celebrity designer.

“A new designer by the name of Brian Herns. He designs for Lady Gaga JLo and he did everything for me tonight,” revealed Tyra to "Extra's" Renee Bargh. 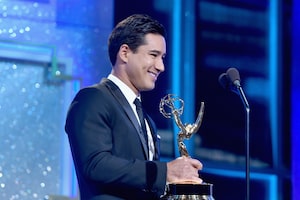 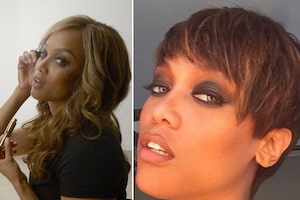