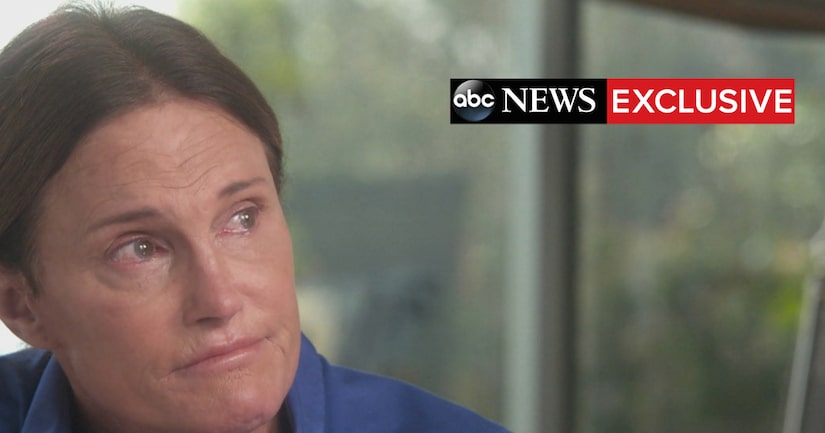 Over 17 million people watched Bruce Jenner's interview with Diane Sawyer last night, in which he came out as transgender. The emotional, candid special blew up Twitter and had people talking about the issue like never before.

Bruce's family has been 100% supportive, including Kylie Jenner, who posted a throwback photo of her dad from the set of the campy movie "Can't Stop the Music" in cut-off shorts and a crop-top:

Kim Kardashian: "Love is the courage to live the truest, best version of yourself. Bruce is love. I love you Bruce. #ProudDaughter."

Khloé Kardashian: "Just finished watching the #BruceJennerInterview with the family. Bruzer, I'm soooo proud of you! Dads really are heros"

Kourtney Kardashian: "Couldn't be a more proud daughter. With courage and bravery, let's change the world. I am honored to stand by Bruce's side and support him."

Rob Kardashian: "You have always been a role model to me and now more than ever, I look up to you. LOVE YOU !! !!"

Kendall Jenner: "so very proud of you, my hero."

Brody Jenner: "You won another gold tonight. I stand with you on this journey. I love you Dad"

His oldest children, Burt and Casey, spoke warmly of their father on the special, and his second wife, Linda Thompson, wrote a long, deeply personal essay for HuffingtonPost in which she said she would have taken his secrets "to my grave" had Bruce not spoken out.

Other celebrities are reacting, mostly positively, citing Jenner's courage and cheering him on to be himself.

Laverne Cox: "Sending lots of love and support to #BruceJenner and their family tonight. It is always brave to stand in one's truth. Congrats darling."

Lena Dunham: "I think it's an incredibly powerful and brave move to disclose anything about your gender identity or sexuality in such a judgmental society. The interview is going to mean a lot to a lot of young people."

Lady Gaga: "#BruceJennerABC Now that is bravery. We have the chance to write this moment in history together. Let's empower people like Bruce all over the world by being loving & not mean"

Sam Smith: "Absolutely flawed at how courageous and brave Bruce Jenner is. So inspiring and so powerful. Shame on anyone who dare judge x"

Elton John: "It's an incredibly brave thing to do, especially when you're older. I admire him for doing it and I support him 100 percent."

Jeffrey Tambor: "Any movement toward authenticity is an important movement and everyone can relate to it."

Dr. Phil McGraw: "I've said long and loud it's never too late to make a life change, and I'm personally cheering him on."

There was some surprise at Bruce's assertion that he's a conservative:

Sarah Silverman: "Major revelation by #BRUCEJENNER 2nite & tho I don't approve, I respect him 4 finally coming out as republican"

Valerie Bertinelli: "Biggest take away from tonight - Bruce Jenner is a republican??"

Kathy Griffin's mom Maggie: "#BruceJenner can come over and watch FoxNews with me anytime! #Republican #Reagan2016"

Perez Hilton: "This is all about learning. And hopefully #BruceJenner will learn that most Republican politicians oppose laws protecting trans Americans."

Bill Maher was less supportive, joking about gender reassignment surgery (which Bruce said last night was not in his immediatel future). Other less enthusiastic reactions from stars:

Kris Humphries: "Man, I'm glad I got out when I did. #Gottadoyou" (Humphries later asserted he fully supports Bruce.)

This week, before the interview aired, Wendy Williams went on one of her famous rants about Bruce:

"You know what? I feel duped by Bruce ... I felt compassion for Bruce. He was supposed to be the rock of the family ... I don't feel duped because he's turning into a woman. I feel duped because he's the same fame whore as the rest of the family. I feel duped. You know what I mean? ... Bruce has a daughter who's 17 involved with a 25-year-old father of one ... and she's a high school drop-out, and she's messing with her face, and her boobs, and her behind way too early in life. Bruce has bigger fish to fry than turning into Belinda ... Belinda, shame on you!" 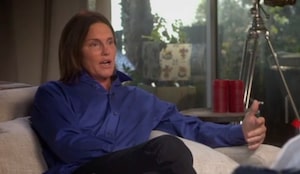 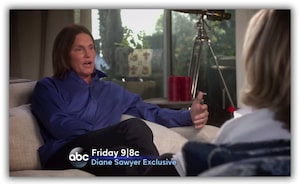