In a new promo for Dr. Phil's emotional interview with Kim Richards, we see the reality star storm out of the room after the talk show host criticized her bad behavior and questioned her sobriety, with her asking, “Is this an intervention?”

The “Real Housewives of Beverly Hills” star confessed to drinking before her arrest at the Beverly Hills Hotel. “I'm beating myself up over this,” she told Dr. Phil. “I poured a drink of vodka, and I thought, 'Oh my God, what have I done?'”

Dr. Phil called out Richards, asking if she's been living a lie by telling everyone she's been sober for three years. Before Richards could answer, the camera cut away.

Phil continued, “You are a drunk at a bar fighting with a cop… that is not good mothering.”

“I'm sorry, I can't,” Richards responded, before walking out.

The exclusive interview is scheduled to air Tuesday, April 28. 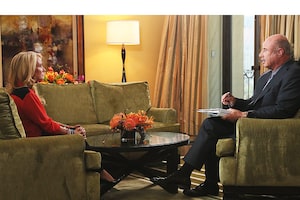 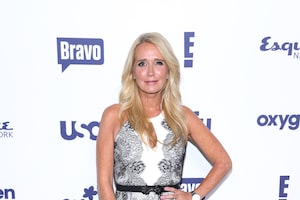