At “The Age of Adaline” premiere, Blake Lively went from the “lady in red” to absolutely captivating in a high-collared bodysuit speckled with stars, which she called her “suuuuperpants” for the film’s after-party. 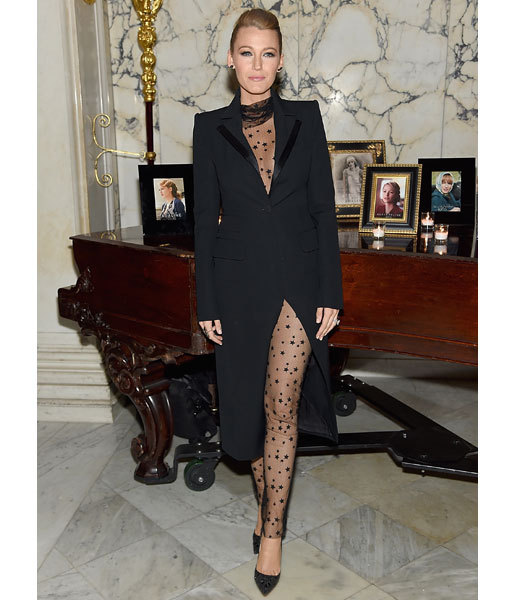 Lively wore the runway ensemble, straight from the Monique Lhuillier fall 2015 collection, which also featured a long, black overcoat that had the perfect cutout to show off Lively’s leg. The actress added her own touches to the designer duds by accessorizing with a beautiful encrusted clutch and sparkly black shoes. She also swept her long locks back in a sleek undo which highlighted her flawless skin.

It's a bird. It's a plane. It's suuuuperpants

Lively donned Lhuillier earlier in the evening as well when she walked the red carpet at the premiere in a gorgeous red dress with a lace and leather detailed bodice, and finished with a feathered, flowing skirt. She paired the fab fashion statement with Lorraine Schwartz jewelry, Sophia Webster red stilettos, and a beaded Judith Leiber bag in the shape of a koi fish. 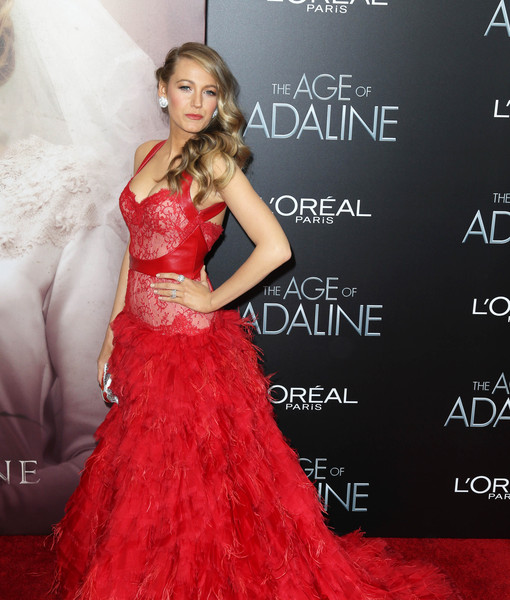 The new mom took a baby break by stepping out to the premiere with her co-star from the film, Michiel Huisman, leaving hubby Ryan Reynolds and new daughter James at home.

When Lionsgate Movies (the studio behind “The Age of Adaline”) tweeted that Lively and Huisman were "the perfect pair” at the premiere, Reynolds proved he’s not only a great hubby and dad, but also has a great sense of humor by responding, “Uh... I can HEAR you. @AgeOfAdaline #AgeOfAdaline #ladyinred.” 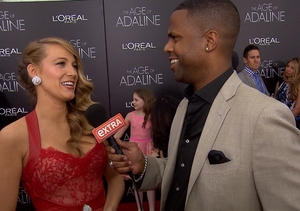 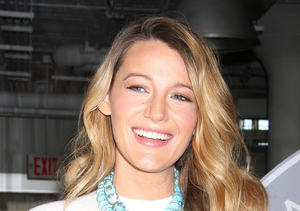 Blake Gushes About Baby James, Plus Talks ‘Age of Adaline’ in First…